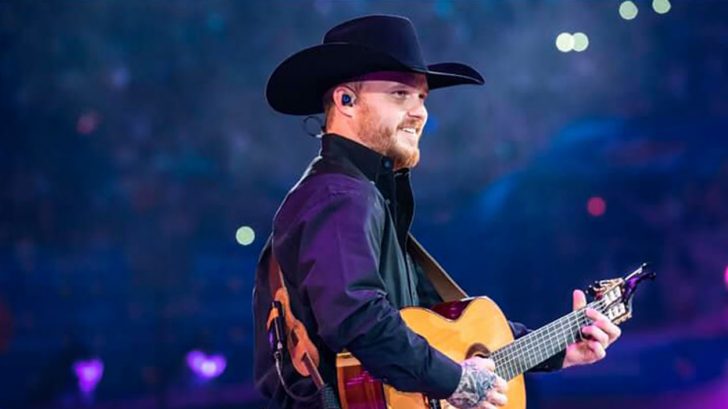 Cody Johnson has been delivering live stream performances throughout the course of COVID-19. For his 5th livestream, the Texas native dedicated the entire night to covers of some classic country songs.

Johnson covered songs from artists like Merle Haggard, George Strait, and Chris Stapleton as well as delivering an incredible rendition of the song “Travelin’ Soldier.”

The song was originally written and recorded by Bruce Robison in 1996 and then released by the Dixie Chicks in 2002 where it went on to become a mega-hit.

Right before he covered the song, Johnson talked about how much it meant to him. He told viewers,

“This song brought up a lot of emotions for me that I hadn’t thought about. When I played this song the other day I stopped thinking about everything that’s going on. For the entirety of this set, I just hope you don’t think. I hope you just let us move with this music, and get to share our gift and touch you with it.”

Watch the video below for Cody Johnsons amazing performance of “Travelin’ Soldier.”