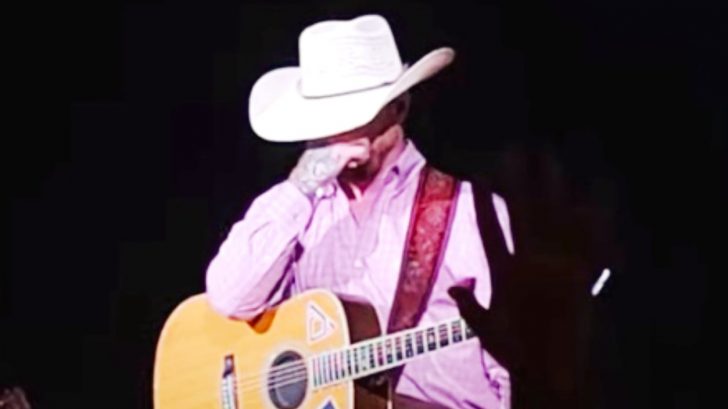 “How Great Thou Art” is one song that always stirs up emotions. It’s a song with a long history, one that connects to country music over and over again.

Country singers such as Carrie Underwood, Alan Jackson, and Josh Turner have performed some of the most well-known versions of the song. Another performance you’ll soon find yourself captivated by comes from Texas country superstar Cody Johnson.

Johnson performed at two sold-out shows at the Ryman Auditorium in Nashville. He felt “honored…to have played the same stage as so many country legends” who came before him.

#COJONation! Thank you for two unforgettable nights at @theryman. I can't express how honored I am to have played the same stage as so many country legends before me. Thank y'all for making it possible!

During Johnson’s second night at the Ryman, he got prepared to sing “How Great Thou Art,” but paused before he started. He warned the crowd ahead of time he had the potential to get emotional.

“Listen, I’m gonna preface this with…if I choke up, I’m sorry,” Johnson said in apology. “If I don’t get through this song, I want y’all to sing it with me, but I’m gonna try my best, okay?”

But Johnson managed to pull it together, and delivered an outstanding rendition of the song. Though you could tell he was battling his emotions throughout the whole performance.

Johnson finally let himself have a moment after he sang the final note. He took a step back and wiped at his eyes while the crowd cheered.

Tune in to the video below to watch Johnson’s stirring performance of “How Great Thou Art.” Don’t be surprised if it brings a few tears to your eyes as well.