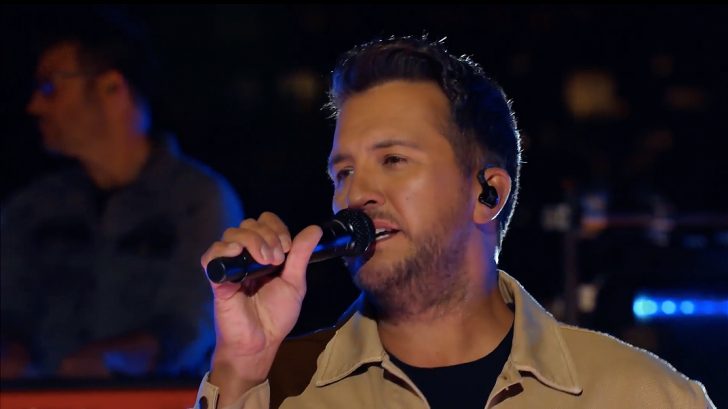 Fourteen years have passed since Luke Bryan released his debut album. His career has produced 23 No. 1 hits and he has sold more than 75 million records, making him one of the most successful artists in country music history. Arguably, no awards show would be complete without a performance from the star.

During Wednesday night’s CMT Music Awards show, the American Idol judge took the stage to perform “Down To One,” the romantic fourth track from his Born Here Live Here Die Here album.

“First time I heard it—it’s written by one of my dear friends Dallas Davidson who I’ve had a lot of success with as a co-writer with through the years—it just sounds like a big ole hit,” Bryan told CMT. “’Down To One’ is a real like typical song of mine that you kind of expect from me from the years…guy and a girl out there, in the middle of nowhere enjoying a moment together, a romantic moment, and I always feel like you gotta have those on an album.”

Bryan has a total of 5 fan-voted CMT Music Awards to his credit and was up for Male Video of the Year for “Down To One” this year. He took the coveted trophy home in 2020 for his video for “One Margarita.”

Bryan is currently gearing up for his Proud To Be Right Here Tour that is set to kick off July 8 in Syracuse, New York. The tour was slated to take place in 2020, but was canceled due to the pandemic with most of the dates being rescheduled for 2021. Morgan Wallen, Runaway June and Caylee Hammack were originally tapped to join Bryan on tour. While Runaway June and Caylee Hammack are still joining the “Drink A Beer” singer for various dates, Dylan Scott will be replacing Morgan Wallen.

Watch Luke Bryan’s live performance of “Down To One” at the CMT Music Awards in the video below.