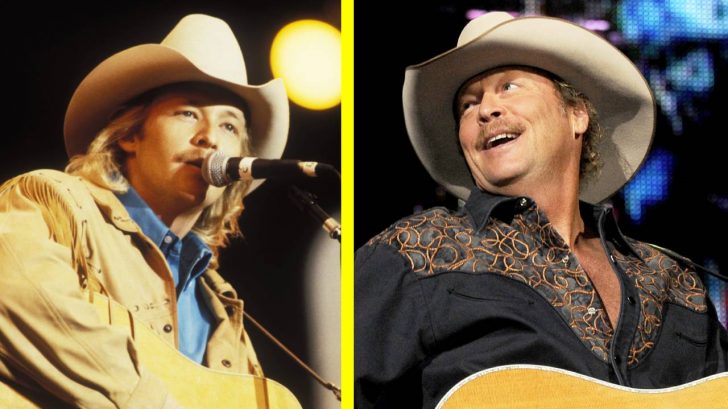 On Tuesday, October 25th, the Country Music Association announced who will be performing at the 56th Annual CMA Awards, which will be held on Wednesday, November 9th.

Two days later, it was announced that Alan Jackson will be receiving the Willie Nelson Lifetime Achievement Award. Dierks Bentley, Jon Pardi, Carrie Underwood, and Lainey Wilson will take part in a tribute performance for the legend.

We are thrilled to honor @OfficialJackson with the 2022 Willie Nelson Lifetime Achievement Award at the #CMAawards this year! ❤️ Watch @DierksBentley, @JonPardi, @CarrieUnderwood, & @LaineyWilson take the stage for an all-star tribute on Wednesday, Nov. 9 at 8/7c on @ABCNetwork! pic.twitter.com/U1zLwdOKSJ

This Lifetime Achievement Award comes almost two weeks after Jackson was honored at the CMT Artists of the Year ceremony, where he received the Artist of a Lifetime Award, which has only been given to six artists before him.

The Willie Nelson Lifetime Achievement Award was first given out at the CMA Awards in 2012 to none other than Willie Nelson. It is not handed out every year, so it is a true honor to receive it! The award has since been given to Kenny Rogers (2013), Johnny Cash (2015), Dolly Parton (2016), Kris Kristofferson (2019), and Charley Pride (2020). Alan Jackson will be the seventh recipient of this award!

Alan himself has yet to comment on the recognition, but his team did write on his social media channels, “Join us in congratulating Alan for being honored the Willie Nelson Lifetime Achievement Award at the 2022 CMA Country Music Association Awards. Tune in Wednesday, Nov 9 at 8/7c on ABC.”

This is a well-deserved honor for Jackson, who has two more dates left on his Last Call…One More For The Road Tour.

Wilson recently performed Jackson’s “Don’t rock The Jukebox,” so perhaps that’s the song she is performing at the CMA Awards! Either way, we are excited for the performance!