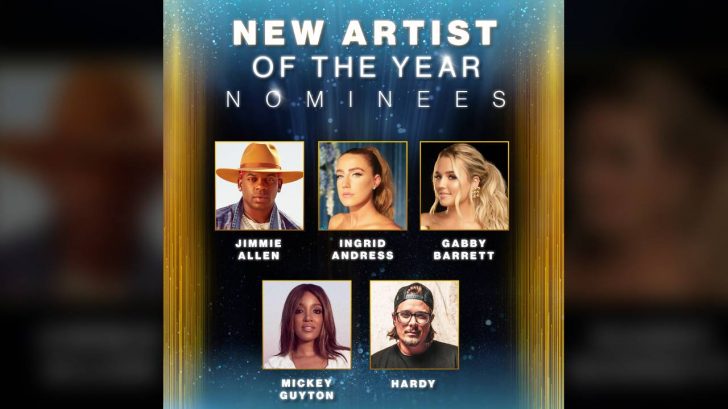 In September, the nominations for the 55th Annual CMA Awards were announced.

Sometimes, it’s a huge surprise to see who was nominated in each category, but for New Artist of the Year, it wasn’t due to the impact the five nominees have had over the past year.

Wonder Years stars Dule HIll and Saycon Sengbloh came on the Bridgestone Arena stage and announced that Jimmie Allen had won the award! He took the stage in tears to accept his award. He thanked his parents, his label, his wife and their kids, and every one responsible for getting him to where he is today.

He told a story about how he spend his last $100 he had on a ticket to watch Charley Pride perform at the 50th Annual CMA Awards, and last year, he was able to perform with him at the CMA Awards. That turned out to be Pride’s last ever performance.

Congrats to Jimmie Allen on this well-deserved win! Watch his acceptance speech below.