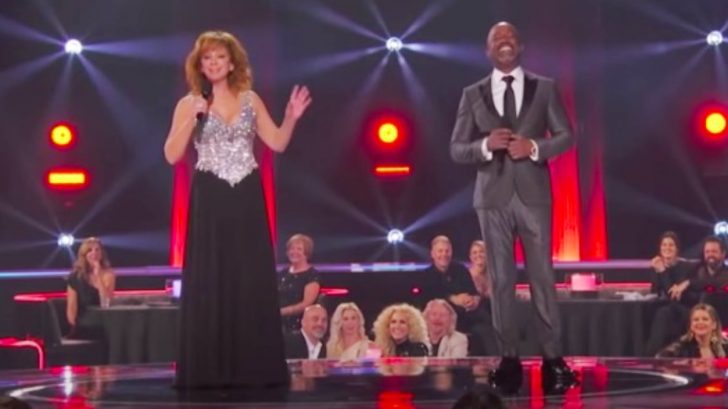 The CMA Awards had a new pair of hosts in 2020: Reba McEntire and Darius Rucker. McEntire hosted the ceremony in years past, but this was Rucker’s first time serving in the role.

After Dierks Bentley, Brothers Osborne, Ashley McBryde, and Jason Aldean delivered the opening performance in honor of Charlie Daniels, McEntire and Rucker jumped in to deliver their opening monologue.

The two hosts entertained their small audience with a series of jokes. One of the funniest moments was when Rucker addressed McEntire’s new boyfriend, Rex Linn.

“…nothing beats standing on stage in front of real people, just looking out at your pretty faces,” McEntire said. Then she pointed to Linn, saying, “Like that one right there.”

Then McEntire chimed in with an even more comical line. “That’s not social distancing, that’s Reba rules.”

While the two hosts joke around quite a bit, their monologue also took on a serious tone at times. They spoke about the challenges this year has presented, and how hard it has been to be away from the stage, their crews, their fans, and each other.

They spoke about how wonderful it was to be together again after such a turbulent year, even if it was only for one night.

Tune in to the clip below to watch McEntire and Rucker’s full monologue from the 2020 CMA Awards. It’s sure to may you laugh, and may even make you cry. Hats off to the two of them for leading the charge and keeping the ceremony flowing!