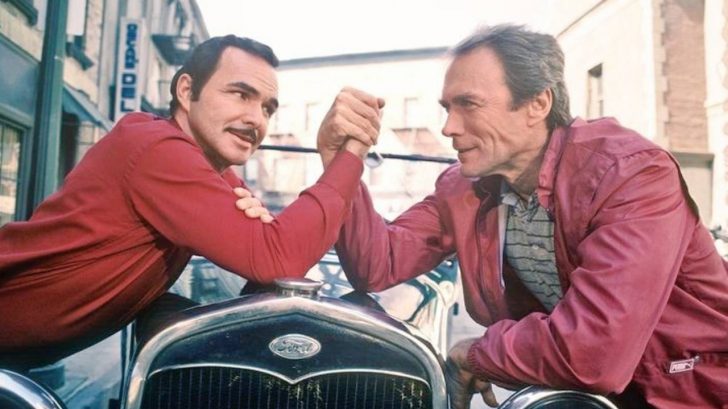 During an interview with CNN’s Larry King in August of 2000, Burt Reynolds spoke about his decades-long career, which began alongside another legendary name, Clint Eastwood.

Burt Reynolds and Clint Eastwood on the set of "City Heat" in 1984. pic.twitter.com/vauAFUJEgE

In fact, Reynolds and Eastwood were both signed to famed Hollywood studio, Universal in the late 1950s. And they were both fired from the studio in 1959.

It’s hard to imagine that these two are considered legends, but were once fired from a Hollywood studio, but it is true. And Reynolds even offered up the reasons why!

“He was fired because his Adam’s apple stuck out too far. He talked too slow. And he had a chipped tooth and he wouldn’t get it fixed,” Reynolds revealed. “And I said, ‘Why are you firing me?’ The people at the studio replied, ‘You can’t act.‘”

King asked the Smokey and The Bandit star if that was a “blow,” but Reynolds said, it wasn’t.

“No. I said — no, I said to Clint, you know, you are really screwed, because I can learn how to act. You can’t get rid of that Adam’s apple. And it’s held him back. It’s held him back,” he laughed.

King joked, “He never made it.”

Reynolds went on to reveal that the next time either of the actors worked for Universal, they each made $1 million. So they both had the last laugh! They also co-starred in City Heat together in 1984.

Reynolds retold the story of their firing on Conan years later. Watch that clip below.