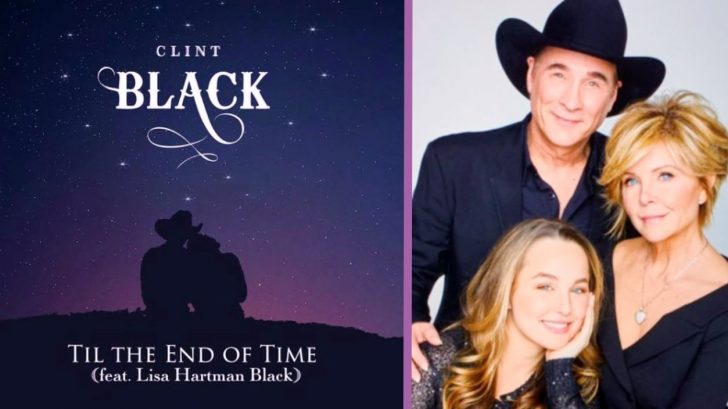 One of the most iconic country love songs of all time was released in 1999. Titled “When I Said I Do,” the song was performed by husband and wife duo Clint Black and Lisa Hartman Black.

“When I Said I Do” claimed the #1 spot on the Hot Country Songs chart and crossed over to peak at the 31st position on the all-genre Billboard Hot 100. The song went on to win the Vocal Event of the Year Award from the ACM.

Clint and Lisa have collaborated several times since releasing “When I Said I Do.” They have recorded a couple other duets, titled “Easy for Me to Say” and “You Still Get to Me.”

More recently, the couple competed together on the reality singing show The Masked Singer. They dressed as the Snow Owls, and were the first-ever duo to compete on the show.

During their time on The Masked Singer, Clint and Lisa performed songs such as “The Prayer” by Andrea Bocelli & Celine Dion and “Like I’m Gonna Lose You” by Meghan Trainor.

Clint said on Instagram he was “inspired by the fun of” being on The Masked Singer with Lisa, and wrote a new duet for the two of them. After they were unmasked as the Snow Owls, he announced the title of that new duet, “Til the End of Time.”

He shared that the new song would drop on December 3, on the 21st anniversary of when “When I Said I Do” reached #1

The song has the couple singing about how their love knows no limits. As they singing in the chorus, “There can be no ending with a love like yours and mine. Like the stars above it goes on and on ’til the end of time.”

How romantic is that?

Listen to Clint and Lisa’s brand-new duet “Til the End of Time” in the clip below. We always love hearing these two sing together!