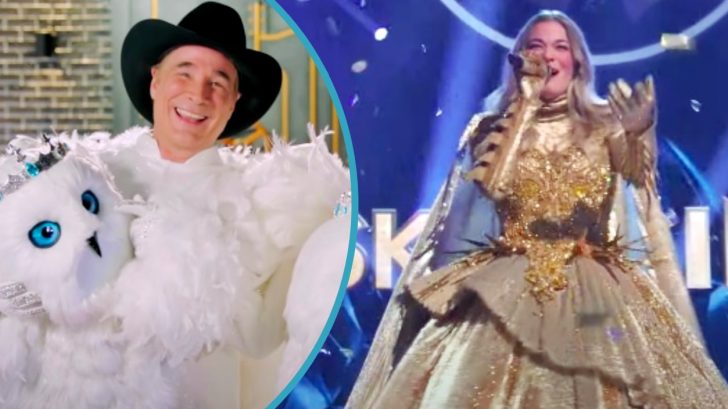 After much anticipation, the Sun was unmasked after being named the winner of Season 4 of The Masked Singer. As many viewers had expected all along, the celebrity behind the Sun’s golden costume was none other than LeAnn Rimes!

LeAnn celebrated her big win by performing a cover of Brandi Carlile‘s “The Story,” which she also sang previously before she was unmasked.

This marks the first time a country artist has ever won The Masked Singer. And it turns out LeAnn wasn’t the only country singer on her season!

Earlier in the season Clint Black and Lisa Hartman Black were unmasked as the talented and romantic Snow Owls. They were the first-ever duo to compete on the series.

Clint and Lisa had a blast on The Masked Singer, so they were excited to watch the finale from home. After LeAnn was crowned as the winner, Clint congratulated his fellow country singer on social media.

“Congrats on the @maskedsingerfox, @leannrimes! You killed it!” Clint wrote next to a video of LeAnn being unmasked during the finale.

LeAnn responded to Clint’s message, and praised him and Lisa for how well they did on the show.

“Thank you, my friend! You guys did too!!! Wish I could have hugged you both when we were together,” she wrote.

Thank you, my friend! You guys did too!!! Wish I could have hugged you both when we were together.

That prompted another message from Clint, who said he figured out right away that LeAnn was the artist behind the Sun’s mask.

“Me too! I knew it was you by the way, as soon as I heard your rehearsal! UnMasktakeable voice!” he said.

Me too! I knew it was you by the way, as soon as I heard your rehearsal! UnMasktakeable voice! https://t.co/ukyJCEU6WN

We agree with Clint…it was pretty easy to find out that LeAnn was the Sun. We’d know that voice anywhere!

Watch LeAnn’s celebratory performance after winning The Masked Singer by tuning in to the video below.