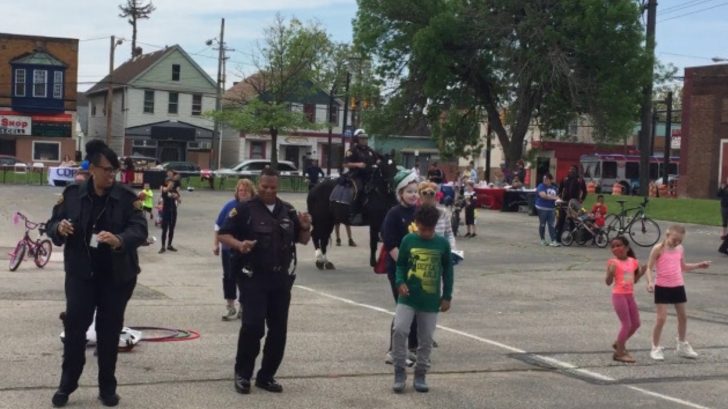 The Cleveland Division of Police have a very popular horse on the team named Mandy, and she was captured on video dancing with a group of kids.

Even Mandy the dancing horse is having a great time at the Fish CLE for Free event! @DowntownCLE @NCoastHarbor ?? pic.twitter.com/S4DUxB0IUR

They were all there to watch singer and songwriter Donovan perform live and as the community gathered for the show, some people were out in the parking lot having a little extra fun of their own.

While police officers and firefighters were standing around, a speaker started playing 2007’s “Cupid Shuffle” sung by Cupid himself. Children then began to dance to it.

Mandy, who carries Officer Scott Sieger, heard the upbeat toon playing in the background and began to shuffle her feet along to the beat as well. She danced herself all the way over to the crowd of people and fell in line perfectly with how everyone else was dancing.

The 15-year-old horse was skillfully coordinated with stepping to the beat and very friendly to everyone she encountered, especially small children.

Officer Sieger told interviewers that the secret to Mandy moving perfectly to the beat is him doing light taps to the side of the horse with his foot. Whichever side he taps on, she moves in that direction and she’s had plenty of training and practice on how to do it.

Her talent has certainly made the community smile, as well as everyone on the Internet that has gotten to see her do her little dance. Click below to watch the video.