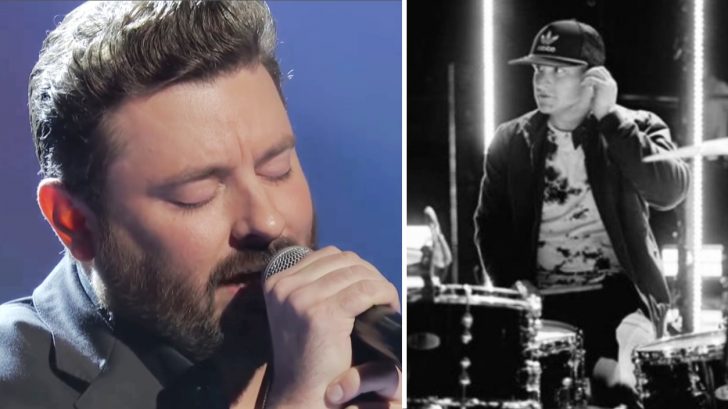 The CMT Artists of the Year event on Oct 16, 2019 was a bittersweet night for country singer Kane Brown.

Just a few days before, Brown’s longtime drummer, Kenny Dixon, passed away in a car accident.

Brown’s team confirmed the passing with a statement which reads, “It is with profound sadness and disbelief that we confirm we lost our drummer Kenny this weekend in a tragic car accident. Kenny was a member of our family from the very beginning and our hearts are with his fiancé Sarah, his son, and everyone who knew and loved him. He was truly one of the greatest and kindest people on and off stage we’ve ever known.”

The singer himself shared a tribute to his friend and drummer on Instagram, saying, “Love you so much dude!!! You started all of this with me from the start in 2015 when no body else believed we would make it out of Chattanooga playing for 500 people. I know u will be watching over us with that red neck accent that we all love and you will never be replaced bro!!! I promise u that!!”

Love you so much dude!!! You started all of this with me from the start in 2015 when no body else believed we would make it out of Chattanooga playing for 500 people and your last show was in a Fn Stadium my guy ? I know u will be watching over us with that red neck accent that we all love and you will never be replaced bro!!! I promise u that!! ??????

Brown is currently on tour, and was scheduled to play a show in Los Angeles at the Staples Center this Friday, October 18. The venue announced via Twitter that the show is now postponed until January 9, 2020.

There was one event that Brown was not going to miss: the CMT Artists of the Year event.

Chris Young presented the award to Brown saying, “I’ve been so incredibly lucky to call this guy a brother and a friend, he’s like family. If you guys know, it’s been a bit of a rough time for him. His dear friend and part of his road family, Kenny Dixon passed away tragically in a car accident. Understandably, a lot of us can’t even imagine what he’s going through but he really felt it was important to be here tonight. So I’m very proud to present this to my friend, Kane Brown.”

“Thank y’all so much,” Brown said. “I want to dedicate this to my drummer, Kenny,” he said, garnering a supportive round of applause from his peers in the room. “He started with me comin’ out of Chattanooga off Facebook. People didn’t think we would make it. He was with me the whole time. He was so supportive of me, and I love you man, I miss you. The band misses you.”

All the other artists either performed or had someone honor them with one of their own songs. Because his current single is so fitting, Young came back out to perform a song titled “Drowning.”

“I wrote this song for a friend of mine that passed away too soon in a car accident,” Young said introducing the song. “I kinda empathize with what Kane is going through and I really appreciate him allowing me to stand up here tonight to sing this in honor of his friend Kenny.”

The song is all too fitting for what Brown, his road family, and Dixon’s family are going through right now.