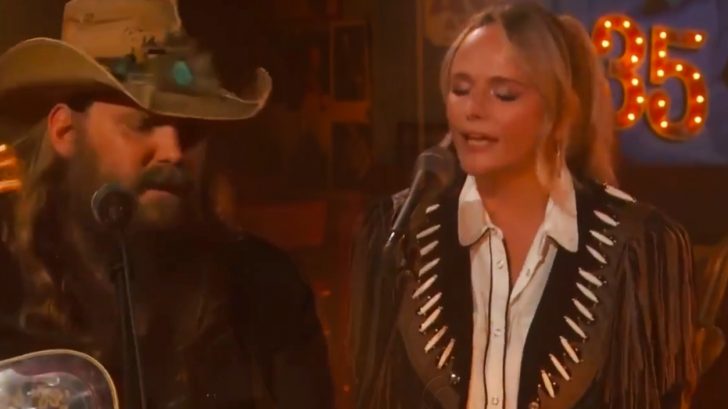 The man who completely swept away the 2015 CMA Awards is one of the star performers at the first country music awards show this year – and he’s bringing a friend with him!

Yes, we are talking about Chris Stapleton – and fresh off of his 2020 album Starting Over, he’s bringing a sorrowful and poignant song called “Maggie’s Song.” The song is a hard-hitting heartbreaker that uncovers the deep emotions of the loss of a beloved family pet – which is an emotion that so many can relate to.

First announced as a solo performer, Stapleton surprised everyone when he appeared on stage with none other than multi-ACM winner Miranda Lambert to sing this unique song about his dog, Maggie. He even shared a photo of the dog on social media.

Originally, Morgane Stapleton was scheduled to appear with her husband as she traditionally sings backup on almost all of his songs. According to an ACM Award statement, as reported by Us Weekly, Morgane had a prior doula commitment which prevented her from attending the live performance at the Bluebird Cafe.

Stapleton is nominated for multiple categories in the 2021 ACM Awards including Entertainer of the Year, Album of the Year, Male Artist of the Year, and Song of the Year (For “Starting Over”). At the time of publishing, he had not been named the winner of any of these categories.

Check out this heart-rending performance (and surprise duet) with Miranda Lambert below.