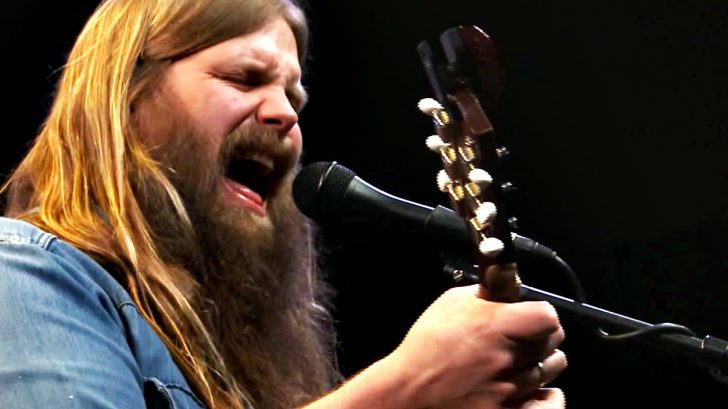 The man who many believe is “bringing country back” took this chart-topping hit song and performed it with such passion and emotion that your eyes will well up with tears!

Originally written by Chris Stapleton himself, Luke Bryan‘s hit song “Drink A Beer” has been a fan-favorite track ever since its debut in November 2013. Bryan performed it that same year during the CMA Awards and dedicated the emotional country ballad to his late brother and sister whom he’d lost not too long ago.

Chris Stapleton may sing drink a beer and wrote it but that doesnt take away the true meaning of the song to luke.

Bryan’s own song has become a staple in modern country music and has been covered by many artists during their concerts – a true tribute to both Bryan’s ability to sing the song in a magical way and Stapleton’s unmatched songwriting talent.

If you haven't heard Chris Stapleton singing his version of Drink a Beer before, I suggest you do yourselves a favor and look it up.

In a rare performance back in 2016, Stapleton joined Luke on stage for a duet of this beloved song that nobody saw coming. And the audience fell in love with it all over again.

Stapleton, who co-wrote the impassioned track with fellow country songwriter Jim Beavers, pours his heart and soul out in this poignant performance – connecting deeply with the song and the listeners.

Take a listen to Stapleton’s mind-blowing performance of this hit song below and let us know what you think in the comments!