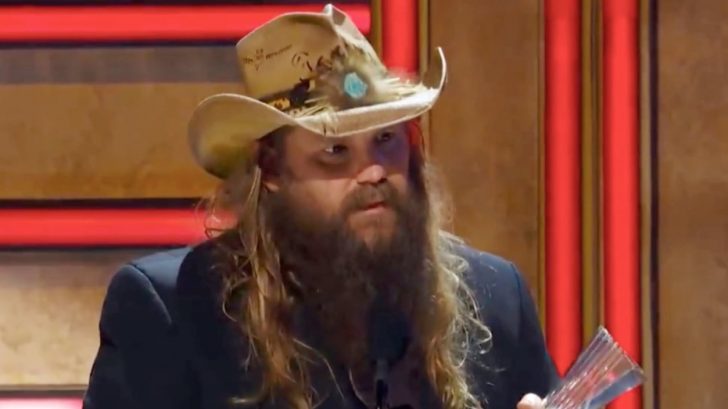 Chris Stapleton has been under the weather lately.

On Saturday (October 16), Stapleton announced he had to postpone his concert that was originally scheduled for that night in Sioux Falls, South Dakota. Stapleton cited laryngitis as the reason for the sudden postponement:

“I am sorry to let you know that I am unable to perform tonight’s show due to laryngitis,” he wrote on social media. “I want you all to know this wasn’t a decision we made lightly. I was hoping that my voice would improve with time today, but it has only gotten worse.”

The concert was rescheduled for November 14. “We love you and appreciate your understanding,” Stapleton said about the rescheduled show.

Stapleton was hopeful he’d be back on stage soon. But on Wednesday (October 20), he announced he needs more time off.

In his announcement, Stapleton said he is “on doctor’s orders” to remain on vocal rest. As a result, he was forced to postpone three of his shows:

“I want to thank you all for your well wishes and kind words you have shared over the last few days,” Stapleton wrote. “I had hoped to have some good news to share with you after this quiet time, but unfortunately the progress I’ve made is not enough. On doctor’s orders, I will need to continue my vocal rest through the weekend in order to fully heal.”

The affected shows were originally scheduled for 10/22 and 10/23 in Nashville, Tennessee and for 10/21 in Cincinnati, Ohio. The Nashville dates have been rescheduled for 12/10 and 12/11, while the Cincinnati concert is being moved to 2022.

“Thank you for your continued support and I hope to see you all very soon,” Stapleton ended his statement.

This news comes after Stapleton was a guest of honor at the CMT Artists of the Year event on October 13. Stapleton did not perform, but he did step on stage to accept his award and gave a heartfelt speech. Watch that speech in the video below.

Our hearts go out to Stapleton during this time. We hope he feels better soon!