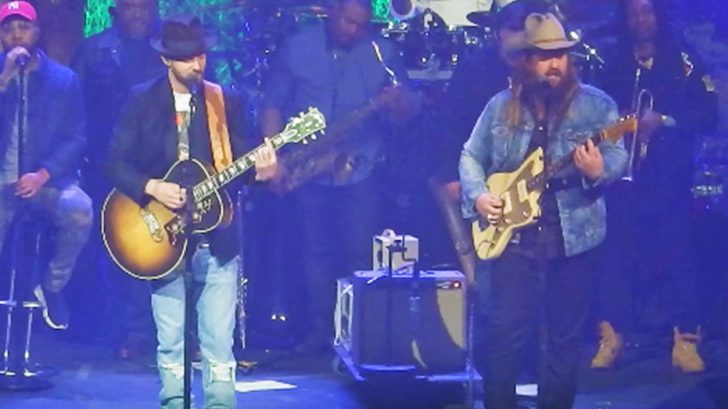 After they performed the opening number at the Brit Awards in February 2018 in at the O2 Arena in London, England, Chris Stapleton and Justin Timberlake’s night didn’t end there.

Both singers teased the Brit Awards performance on Instagram sharing the same photo while using a little bit of humor to let fans know which person they were in the photo, even though they are clearly distinguishable. Timberlake wrote, “I’m the one in the beanie” while Stapleton captioned his, “I’m the one in the cowboy hat.”

Together, they performed their duet “Say Something,” which is included on Timberlake’s latest album Man of the Woods. Their Brit Awards collaboration was nothing short of fantastic, earning high praises from fans all around the world.

The fun didn’t end there. The two singers then went to Roundhouse, a music venue in London for a special, secret show. According to EntertainmentFOCUS, this gig was only secret to the public. Hosted by Spotify Premium, the 300 or so attendees included winners of a Spotify contest as well as some VIPs from the Brit Awards.

Not only did Timberlake and Stapleton sing “Say Something,” they also recreated their historic 2015 CMA performance by singing “Tennessee Whiskey” and “Drink You Away.” To no one’s surprise, they absolutely killed both songs.

Stapleton kicked off “Tennessee Whiskey,” leaving Timberlake visually in awe of his incredible vocals. The “Filthy” singer then joined him for harmonies for the rest of the song and let Stapleton take center stage for an effortless yet face-melting guitar solo. It seems that every time these two talented men join forces, magic happens – and we’re not complaining!

Watch their beyond epic surprise performance in the video below.