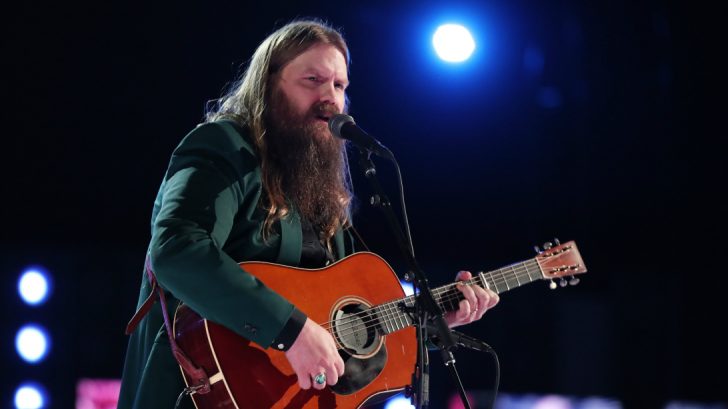 The passing of Glen Campbell in 2017, brought an outpouring of tributes from friends, fans and fellow musicians. Social media was flooded with posts and videos that included Campbell over the course of his 50-plus year career and numerous cover songs performed by fans and singers alike.

One of the artists to pay tribute to Campbell at a concert was Chris Stapleton. During Stapleton’s set at a Hershey, Pennsylvania, show, the “Fire Away” singer paused to honor the late Campbell saying, “We lost a country music legend a couple days ago. I’m gonna try to do a Glen Campbell song tonight, not because I’m gonna do a great job with it, but because I want to pay my respects to Mr. Campbell,” Stapleton said. “Please forgive me if I don’t do Glen Campbell justice. I’m sending this out tonight to Glen, wherever you’re at tonight, Mr. Campbell.”

Stapleton then launched into an acoustic rendition of Glen Campbell’s signature hit, “Rhinestone Cowboy.” As Chris flawlessly delivered the familiar melody, the crowd sang and clapped along. But, as he hit the chorus the crowd erupted and raised their voiced to join him.

Glen Campbell passed away on August 8 after a battle with Alzheimer’s disease. Following his diagnosis in 2010, Campbell embarked on a “Goodbye Tour” that concluded in Napa, California, in 2012. He then entered the studio to record what would be his final album, Adios, that was released just two months before his death.

Hear Chris Stapleton pay tribute to Glen Campbell in the video below.