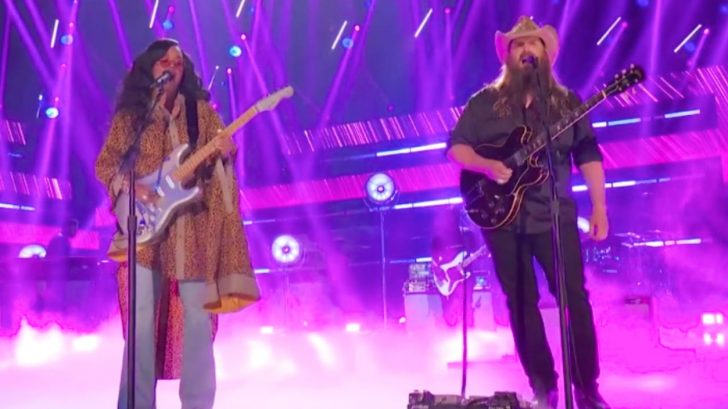 One of the most beloved country crooners to hit center stage in the last decade is none other than Chris Stapleton – and this year at the 2021 CMT Music Awards, he was listed as one of the headlining performers!

(Plus, he brought along a special guest!)

H.E.R. is without a doubt one of the greatest singer/ songwriter/ guitar players on the planet earth. Fact. pic.twitter.com/SR0vmzbufl

H.E.R., (a stage name for the artist Gabriella Wilson) was originally discovered after she was welcomed onto daytime talk shows and performed an incredible cover of Alicia Keys at just ten years old. Since then, her career has blossomed!

This CMT performance marked H.E.R.’s country music debut and was the first time she performed with Stapleton for an audience.

Stapleton sounds like he was always destined to sing with H.E.R. on “Hold On.” Their voices blended together beautifully during their duet on the CMT Music Awards.

Prior to their performance, Stapleton praised H.E.R.’s artistry, saying she is “without a doubt one of the greatest singer/ songwriter/ guitar players on the planet earth.” We have to agree that she’s incredibly talented!

See Stapleton and H.E.R. sing “Hold On” during the 2021 CMT Music Awards by watching the video below.