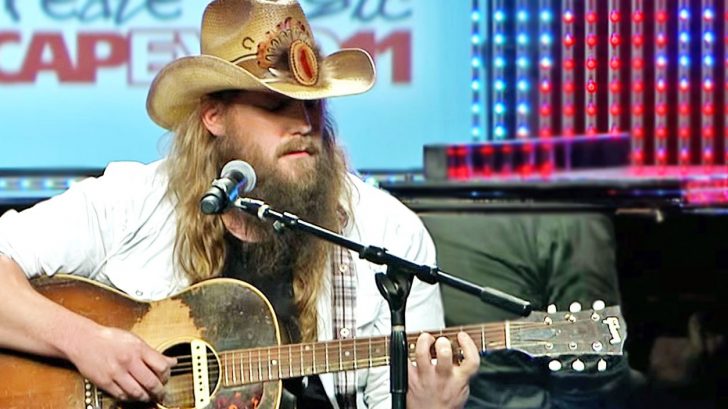 You don’t have to look far to find evidence of Chris Stapleton‘s songwriting genius. You probably haven’t realized it, but his songs have been sprinkled throughout country music for years.

In fact, some of the past decade’s greatest hits were written by him.

Stapleton’s name is attached to some pretty big songs, perhaps none more so than Kenny Chesney‘s “Never Wanted Nothing More.”

The song became Chesney’s fastest-climbing number one, and was the breakout song Stapleton needed to really take off in Nashville.

Right after “Never Wanted Nothing More,” Stapleton saw another one of his songs get picked up by Chesney’s good friend Tim McGraw. The song was “Whiskey and You,” and McGraw became the first one to cut it.

All Of The Main Renditions

He released his recording in March 2007 off of his chart-topping album Let It Go. While McGraw never released Whiskey and You” as a single, it was still a popular track on his album.

Fast forward a few years, and Stapleton decided to cut the song for his debut solo album Traveller, which was released in May 2015. Like McGraw, Stapleton never released “Whiskey and You” as a single, but it still managed to catch on with fans.

Its popularity further increased after Aaron Lewis released his version of the song on his 2016 album Sinner.

In between McGraw’s release of the song and his own release, Stapleton performed “Whiskey and You” at a series of events for songwriters. It was during one of these events that he ended up delivering one of the best renditions of the song that we’ve ever heard.

It was April 30, 2011, the day of the ASCAP “I Create Music” EXPO. Stapleton was set to perform during the special Writer’s Jam panel, and he brought his A-game with “Whiskey and You.”

Usually, Stapleton can only be seen on stage with his wife, Morgane, by his side.

The #Grammys awarded best country album to Chris Stapleton's "From A Room: Volume 1." Here's our profile of the musician and his secret weapon, his wife, Morgane. https://t.co/C5DUUVpah0

This time around he decided to do his whole performance solo, with only his own guitar to back him up.

“Whiskey and You” is a song that is naturally packed full of raw emotion. But Stapleton’s choice to go unplugged for his performance made those emotions even more clear.

There’s a great vulnerability in doing an acoustic session, but Stapleton proved he was more than capable of holding his own. As a result, he ended up delivering a heart-shattering performance that seems fitting considering the subject of “Whiskey and You.”

This performance proves just how talented Stapleton is as both a singer and songwriter. Tune in below to check it out.