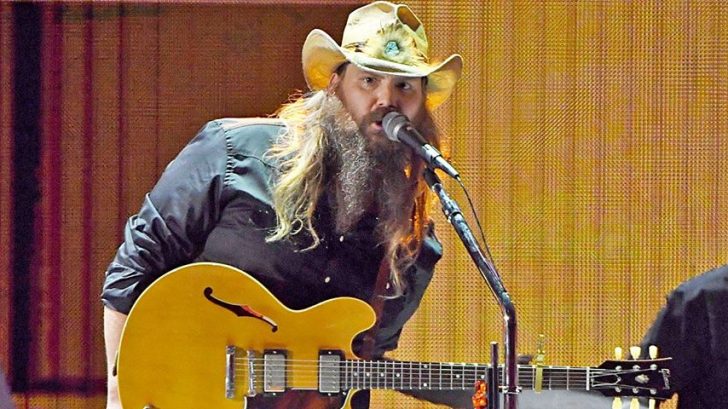 Chris Stapleton doesn’t get much sleep these days, but the country superstar isn’t complaining.

He and wife Morgane know the reason behind their inability to get much shut-eye. In fact, there are two of them.

The couple who announced in October of 2017 that they were expecting twins, sprang another surprise on fans when Stapleton missed the 53rd Academy of Country Music Awards on April 15, 2018.

While the show’s host Reba McEntire was on stage announcing Chris’s absence from the event, he and Morgane were occupied with an even more celebratory event, that of welcoming their twin boys into the world.

The only way to top the announcement by Sugarland that the new father of twins had won album of the year with From A Room: Volume 1 was for McEntire to add an ecstatic note to an already stellar evening for the country star.

“Those little rascals came a little bit early,” Reba shared playfully before revealing both babies were boys. That’s one excuse that can’t be made up. Stapleton has the sleepless nights to prove it.

Congratulations to @ChrisStapleton who has won Album of the Year and just welcomed TWINS! #ACMawards pic.twitter.com/nAsBACSuEo

Chris, who also won Male Vocalist of the Year that same evening will look back and wonder how he ever crammed so many remarkable events into a single day. On top of all of that, the singer hit the big 4-0 that day!

The country couple is now doubly outnumbered by the children in their home with the addition of the twins. The couple already had two children, a boy, 6, and a girl, 8.

So, what’s it like to be the father of infant twins?

“Well, you know, it’s like a baby times two, so we sleep less than having one baby, but we’re doing great, they’re doing great and you know, it’s an amazing and wonderful thing,” Stapleton said with a chuckle before taking the stage at the 2018 CMA Music Festival according to Sounds Like Nashville.

“They’re super helpful and kind and sweet to them, and I’m so proud of them,” beamed Stapleton. “They’re doing far better than I would have expected for the loss of attention that they have received in the last few months. So they’re remarkable individuals.

“I laughed for about 20 minutes when I first found out we were having twins,” Stapleton recalls.

We have a feeling the fun has just begun!

Take a few minutes and reward yourself with this video, “Say Something.” Then let us know what you think of Chris and his growing family.