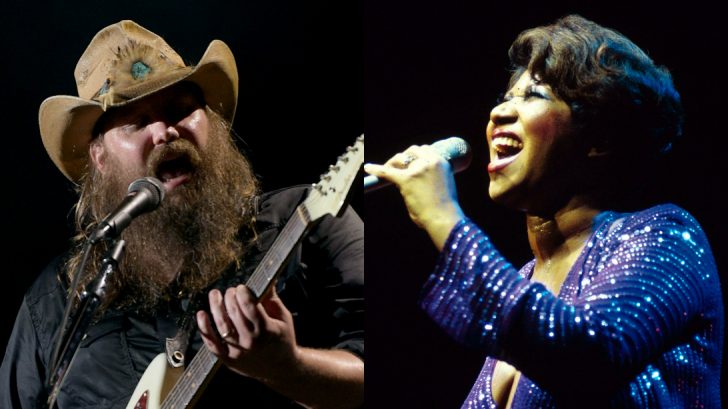 The world lost one of its greatest voices this week when Aretha Franklin passed away. The Queen of Soul died peacefully in her Detroit home on Thursday (August 16) after a battle against pancreatic cancer. She was 76.

In the days since her death, tributes have poured out from fans and fellow artists alike who were touched by Franklin’s talent. Her gospel-rooted and bluesy sound appealed to fans of all musical genres, so it’s no surprise that country music’s own reigning King of Soul, Chris Stapleton, paid tribute to Franklin during his concerts in California over the weekend.

Stapleton closed out his weekend encore performances by lending his rich, gravely voice to a flawless delivery of Franklin’s 1967 single, “Do Right Woman, Do Right Man.” Franklin was one of Stapleton’s favorite singers and was a huge influence on the singer, as evidenced in the emotion that poured from Stapleton during his performance.

Hear Aretha Franklin’s original version of “Do Right Woman, Do Right Man” in the video below. Then scroll down to hear Chris Stapleton’s chilling tribute to the late Queen of Soul.