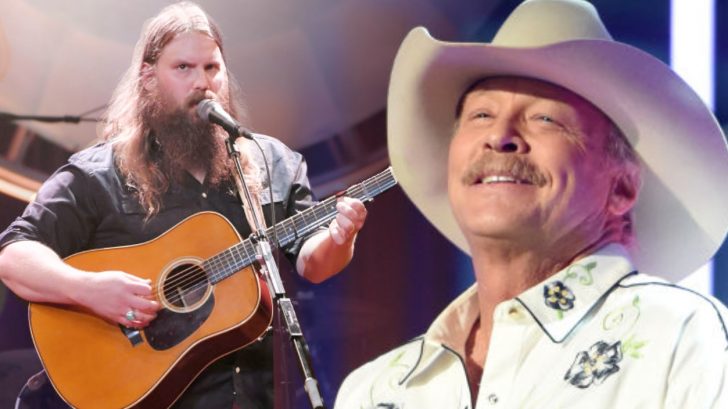 While the ACM hands out a number of trophies at its annual April awards ceremony, there are always far more awards than time allows presentations for. Still wanting to give these award-winners some recognition, the ACM has established a separate ceremony for them, called the ACM Honors.

This smaller ceremony takes place in the Ryman Auditorium in Nashville and honors winners of Special Awards, Industry Awards, Studio Recording Awards, and the Songwriter of the Year Award. While the ceremony wasn’t televised in the beginning, it was televised for a few years. However, the 2018 ceremony was not televised (and neither was the 2019 ceremony).

Arguably the most prestigious of all awards presented at the ACM Honors is the Cliffie Stone Icon Award. Every year, the award is handed out to an artist the ACM feels has made a great contribution to country music over the course of their career.

The 2018 honoree was Alan Jackson, but sadly, he was unable to attend the ceremony.

So Where Was Jackson?

On August 16, 2018 it was announced that Jackson would unfortunately have to postpone his last remaining shows for the month of August. Both venues that Jackson was scheduled to perform at cited an undisclosed “illness” as the reason for him needing to put off the shows.

Jackson still wasn’t feeling better by the time the ACM Honors rolled around on August 22. Since he was unable to attend, he sent his daughter, Mattie, to accept his award on his behalf.

The following day, Jackson took to social media to express his gratitude to the ACM, Mattie, and his fans. He finally revealed the reason why he couldn’t be at the ceremony, saying that he was recovering from respiratory infection.

Thanks to everybody at the @ACMawards for honoring me last night. Special thanks to my daughter, Mattie, @ChrisStapleton . @JonPardi and @Lauren_Alaina! And special thanks to all my fans! pic.twitter.com/8bddFm3WRW

Jackson also took the time to thank Jon Pardi, Lauren Alaina, and Chris Stapleton, who all honored him with musical performances. As you’d expect, Stapleton’s tribute was one of the standout moments of the night.

Stapleton Keeps It Country With Cover

The song that Stapleton chose to perform in Jackson’s honor was his second-ever single, “Here in the Real World.” It was a smash hit, and reached the third spot on U.S. Hot Country Songs chart.

While Stapleton often brings his bluesy, soulful style to his covers, he didn’t do that with his performance of “Here in the Real World.” Instead, he kept things authentic, performing the song in Jackson’s traditional style.

Even though the ceremony didn’t air on TV, you can still watch pieces of Stapleton’s performance thanks to some of the attendees.