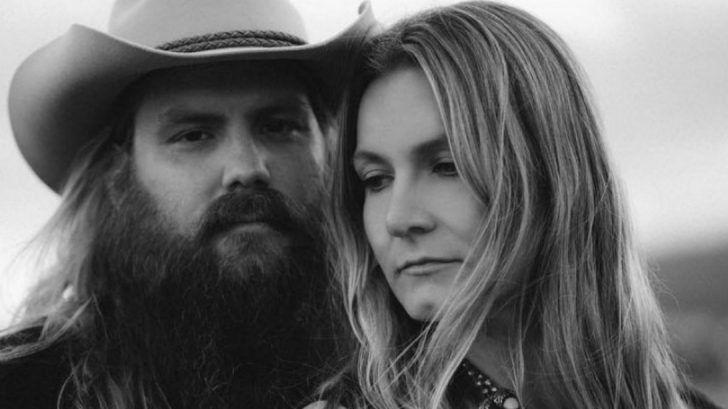 Congratulations are in order for country crooner Chris Stapleton and his wife Morgane! During Stapleton’s concert at Madison Square Garden Friday night, he announced that Morgane is expecting baby No. 5 just seven months after the couple welcomed twin boys.

“I have an announcement to make. Some of you may know that we have four children,” the singer told the audience in a video captured by The Blast. “Now there’s four for us, but we’re gonna make it five!”

Stapleton, who is nominated for five awards at the upcoming CMA Awards on November 14, shared the news that his wife was expecting twins in a similar way. During a concert last year in Dallas, Stapleton stopped mid-concert to deliver the big news by saying, “She’s the mother of my two kids, and she’s about to be the mother of two more.”

The twins arrived just prior to the ACM Awards in April. Awards show host Reba McEntire shared the news after Stapleton won the Album of the Year award. Stapleton took to social media to confirm the announcement and thank McEntire for sharing the news.

Thank you for sharing our good news @Reba! We couldn't have dreamed up a better day. Morgane & the boys are doing great & we appreciate everyone's support! https://t.co/Qt9tzx3DIA

In an unexpected move, Morgane Stapleton also posted to social media and included a photo of the twins, a rare and surprising decision considering the couple has gone to great lengths to keep their children out of the spotlight. In fact, Chris and Morgane have never publicly revealed any of their children’s names.

Join us in congratulating the growing Stapleton family by leaving a comment below.