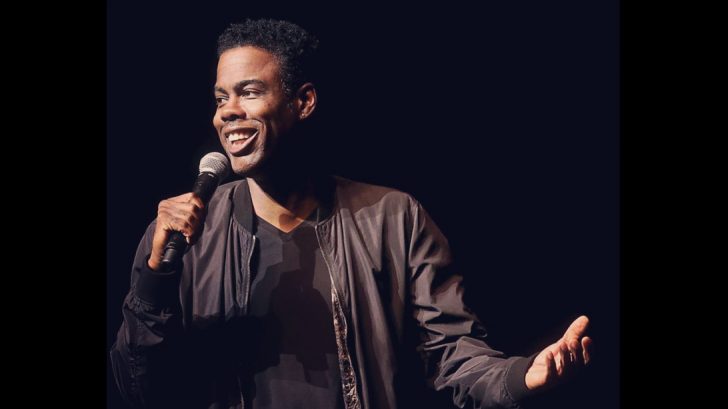 Three days after he was slapped by Will Smith during the live Academy Awards show, Chris Rock has spoken out. The comedian took the stage Wednesday night at The Wilbur, a comedy club in Boston, and spoke briefly about the incident.

According to a fan in attendance, the crowd was screaming Rock’s name prior to him taking the stage in his first appearance since Sunday’s Oscars. He received a standing ovation when he took his place on stage and addressed the crowd saying, “What’s up, Boston? How was your weekend?!”

He then told the crowd that he didn’t have a lot to say about the incident.

“…So if you came to hear that, I have a whole show I wrote before this weekend. I’m still kind of processing what happened. So, at some point I’ll talk about [it] and it will be serious and funny.”

On Sunday (March 27), while Rock was on stage at the Dolby Theater in Los Angeles to present the Best Documentary Feature trophy, he made some jokes about some of the celebrities in attendance. But things took a turn when the comedian targeted Will Smith’s wife, Jada Pinkett Smith, with a joke about her hair.

“Jada, I love you. G.I. Jane 2…can’t wait to see it,” Rock said to Pinkett Smith who has been open about her battle with alopecia, an autoimmune disorder that causes hair loss.

Will Smith defended his wife by confronting Rock on stage, slapping him across the face before returning to his seat and yelling, “Keep my wife’s name out of your ****ing mouth!”

Will Smith issued a public statement the following day, calling his behavior “unacceptable and inexcusable,” followed by a direct apology to Chris Rock and the Academy.

“I would like to publicly apologize to you, Chris. I was out of line and I was wrong. I am embarrassed and my actions were not indicative of the man I want to be. There is no place for violence in a world of love and kindness.”

The Academy released a statement Wednesday saying that they asked Smith to leave the ceremony following the on-air incident, but he refused.

“Things unfolded in a way we could not have anticipated,” read a statement issued to PEOPLE. “While we would like to clarify that Mr. Smith was asked to leave the ceremony and refused, we also recognize we could have handled the situation differently.”