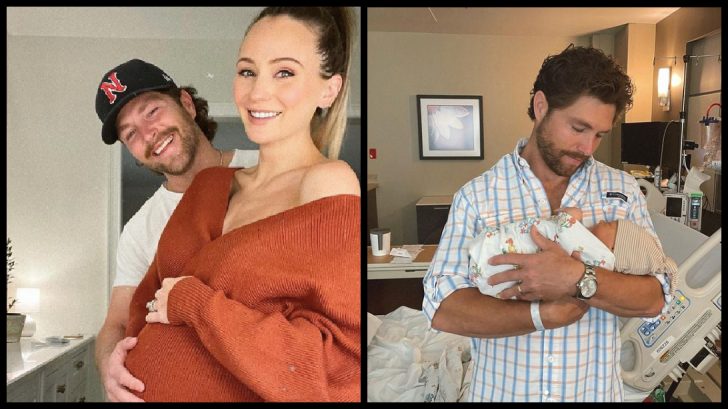 Congratulations are in order for country singer Chris Lane and his wife Lauren Bushnell! The couple welcomed their first child, a son named Dutton Walker, on Tuesday (June 8).

The couple announced Dutton’s arrival on social media and revealed that their new addition weighed 9 pounds at birth.

“Words can’t describe the love i feel inside my heart for this little man! Thanks for all the prayers?? I will never understand how @laurenlane birthed a 9 pound baby! DUTTON WALKER LANE welcome to the world,” Chris captioned a video of him holding his son for the first time.

Lauren also shared an announcement along with two photos…one that showed her cradling her newborn and one of Chris holding and admiring their son.

The couple spoke to PEOPLE following Dutton’s birth, both still in awe of the arrival of their son.

“Everyone in the room, including Lauren and me, were shocked we had a 9-pound baby! Not sure where he was hiding in her belly?!” Lane, 36, said jokingly. “Watching Lauren go through the birthing process – from the beginning to the moment she delivered – was the most incredible thing I’ve ever witnessed. I experienced an emotion I’ve never felt before.”

Lauren added, “I’ve never felt an immediate unconditional love like I now have for Dutton. And going through this experience with Chris has made me love and appreciate him even more … I didn’t think that was possible!”

Chris and Lauren, former winner of the Bachelor season 20, wed in October 2019 after less than a year together. They announced their pregnancy in December of 2020 on Instagram with an ultrasound video.

Congratulations, Chris and Lauren on your new blessing!