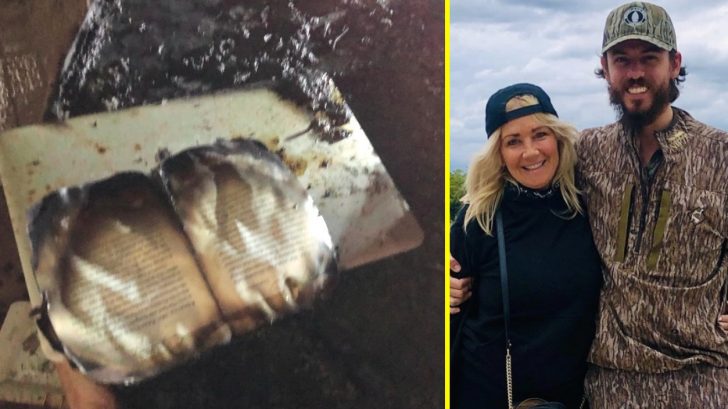 On April 15, country singer Chris Janson’s wife, Kelly, shared several photos with her 26,000 Instagram followers of the aftermath of a fire that broke out at the couple’s Tennessee home.

“Thanking God this morning that I woke up after hearing a barely beep,” she captioned the post. “Thanks to my husband for reacting quickly & pouring buckets of water we only lost a few things. I heard the beep very meekly coming from our downstairs studio / writing room.”

She went on to say that she woke up their children, Georgia and Jesse, to get them out of the house, and within ten minutes, the firefighters were there putting out the blaze.

“Counting our blessings this morning that it was not worse,” Kelly said before encouraging her followers to double check that their smoke alarms are functioning properly.

In an interview with PEOPLE, Chris gave more details on the house fire.

“This was not a little fire,” he said. “This was a legit, ‘7-foot flame, taller than me’ fire. It was a ‘melting my ceiling fan onto my ottoman’ fire.”

He continued, “Thank God, God woke up my wife Kelly. If it weren’t for her hearing that faint ‘beep, beep’ of the fire detector, it could have been very bad.”

“The fire melted my ottoman and literally created a campfire essentially right in the middle of my studio room. Thankfully, it didn’t burn the house,” he said, adding that another item that was saved from ruin was a Jesus Calling devotional book that the couple has been reading from since they were dating.