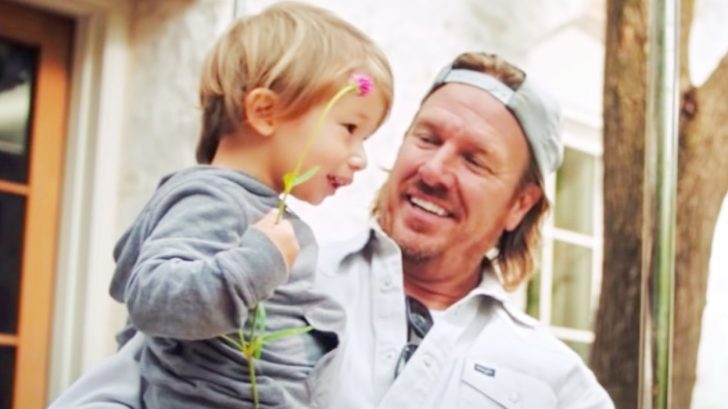 Just one month before Crew’s birth, Chip and Jo finished their longtime HGTV series Fixer Upper. But the couple began working on launching their own network, the Magnolia Network, which will include a revived version of the show called Fixer Upper: Welcome Home.

Chip and Jo have also continued to add to their Hearth & Hand product line at Target, Chip released a new book, and Joanna published a new cookbook.

That cookbook shares the same name as Jo’s new cooking show, Magnolia Table. Young Crew famously made an appearance on the show and helped his mama make some delicious food.

We’ve gotten the chance to watch Crew grow up through clips like these and through the photos Chip and Jo share of him on social media. Still, it was hard for fans to believe the fact that he recently turned three!

Jo also can’t believe that her baby boy is now three years old. She expressed her disbelief in a sweet social media post she made recognizing his birthday, in which she wrote:

It looks like Crew had a dinosaur-themed birthday party. The photo Jo shared shows him standing next to a big dinosaur balloon, which Jo says he is “almost as tall as.”

You can see the adorable photo of a now-three-year-old Crew below. We hope he had the happiest birthday!