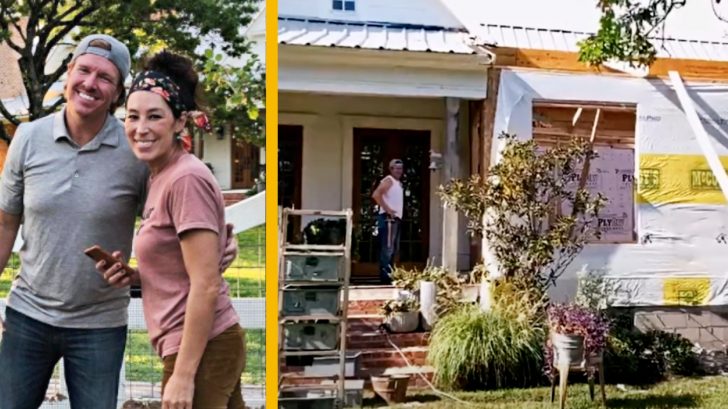 Chip and Joanna Gaines are known for flipping houses for other families, but now, the couple is taking on a project inside their own home.

The pair recently decided to add on to their Waco farmhouse, and in an exclusive preview on Fixer Upper: Welcome Home, Chip and Joanna gave fans a glimpse of the renovation process.

“A couple months back, Jojo wanted to ‘add on’ to the farmhouse — and of course I, like an idiot, agreed, but now look what she’s gotten us into,” Chip joked in the clip.

Joanna took viewers on a tour of the downstairs and explained that even the kitchen’s cabinets were getting a makeover. Joanna’s white cupboards are being painted forest green to appease the interior designer’s need for change. Still, Joanna admitted the process of renovating has not been easy.

“So this has turned into an actual nightmare situation,” Joanna stated with a laugh.

Joanna revealed that the renovations forced the family to change up their living situation. Their youngest son, Crew, can no longer sleep in his room downstairs. Due to all the construction work, Joanna explained that the whole family “basically live(s) upstairs now.”

To take a tour of the couple’s farmhouse renovation, check out the video below.