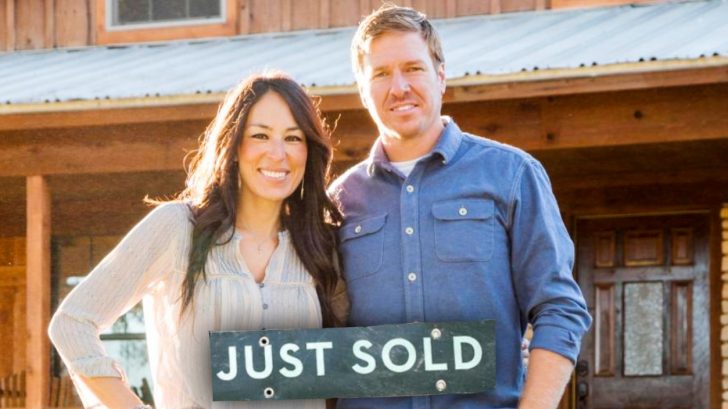 We’ve known for years that Chip and Joanna Gaines are the King and Queen of HGTV, and now they have the digs to go along with it!

In May 2013, the married couple debuted their home renovating show Fixer Upper on HGTV and it began a nation-wide phenomenon over home design, open concepts, shiplap, and the Gaines family.

We’ve followed them through the five seasons of Fixer Upper and even watched their family of five grow into a family of six when baby Crew was born in June 2018.

The Gaines family has called Waco, Texas home and have turned the city into quite the tourist destination with the growing popularity of their Magnolia Market at the Silos, a shopping complex surrounding two 120-foot silos that were built in 1950 and their restaurant Magnolia Table.

Just recently for Valentine’s Day, Chip wrote a message on one of the silos for his wife that said, “Chip ❤’s Jo” on the side of it.

They might be starting a new venture for tourists and Fixer Upper-lovers alike with their latest purchase of a property built in 1890, a 6,700-square-foot stone castle called “The Cottonland Castle.”

Whether they plan on restoring the castle for a business venture or for personal use has yet to be announced. Either way, we are sure these fixer uppers will do a fantastic job!

According to Fox News, Chip and Joanna closed escrow on the castle, which is located in Waco’s Castle Heights neighborhood and is a state historic landmark, February 2019. They also report that a spokesperson for the celebrity couple has admired the castle for quite some time and have attempted to purchase the property a couple times before.

“I can confirm that Magnolia has purchased the historic Cottonland Castle,” Magnolia spokesman John Marsicano wrote in an email to the Waco Tribune-Herald. “For nearly two decades, Chip and Joanna have admired the property as a hallmark of the Castle Heights neighborhood — they’ve even made past attempts to purchase it. The property is an iconic piece of Waco’s history and while specific plans have not yet been determined, one thing is for certain: Their efforts will focus on fully completing the home’s long overdue and well deserved restoration.”

The price Chip and Joanna bought the castle for has not been released, but it was on the market for $425,000.

A photo submitted to the Waco Tribune-Herald showed film crews with Chip and Joanna at the castle on Friday (February 22), so they could be renovating it for all to see! See that photo here. What do you think they are going to do with the castle? Let us know in the comments!

Watch KCEN News give a little history behind “The Cottonland Castle” below.