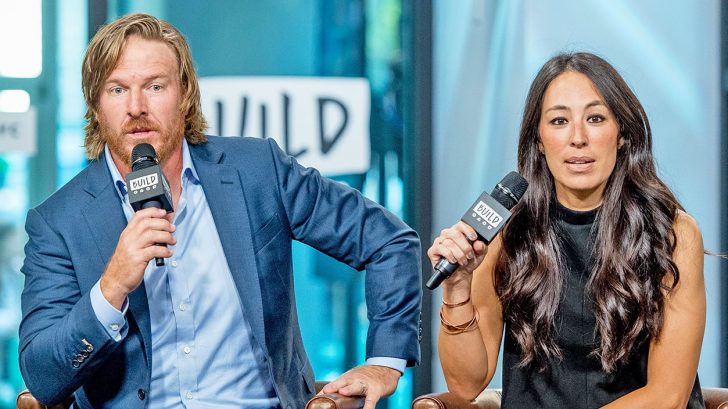 Your favorite HGTV couple is in hot water.

After wrapping up their wildly successful home renovations show Fixer Upper earlier this year, Chip and Joanna Gaines have been fined $40,000 by the Environmental Protection Agency (EPA).

According to Yahoo! Lifestyle, the EPA fined them for “improperly handling lead-based paint” during their show. What this means is that Chip and Joanna have been accused of mishandling paint that could have contained lead in upwards to 33 homes they renovated on Fixer Upper.

I can't believe tonight marks our very last episode of Fixer Upper. This picture is of us filming our pilot in 2012 and then our last scene of fixer in 2017. What a journey this has been! Check out my blog to read an update from us and to see what's on the horizon for our family and Magnolia as we move forward. The end is bittersweet, but we are excited for what's to come. Tune in tonight for the series finale on HGTV @ 9/8c! #fixerupper (link in profile)

“It’s important that consumers and contractors understand that improper home renovation can expose residents and workers to hazardous lead dust,” the head of enforcement at the EPA said, according to Yahoo! “Through this settlement, Magnolia is putting in place safeguards to ensure the safety of its renovation work and making meaningful contributions toward the protection of children and vulnerable communities from exposure to lead-based paint.”

I can't believe there are only TWO fixer uppers left?! I love tonight's episode!! See Chip's dream of owning a breakfast joint turn into a reality with this giant renovation. Watch tonight at 9/8c @hgtv #magnoliatable #fixerupper

The couple has yet to comment on this hefty fine, but we’re sure we will find out more once Chip releases that educational video.