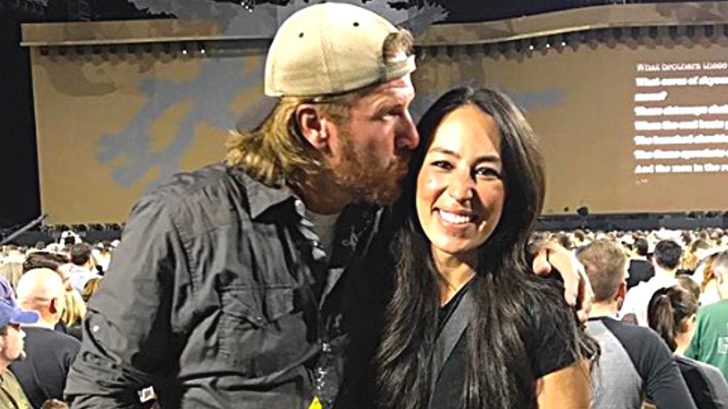 When Chip and Joanna Gaines decided to end their hit HGTV show Fixer Upper, they did so to focus on their family. The couple has four children: sons Duke and Drake, and daughters Ella Rose and Emmie Kay.

The youngest of the four children, Emmie Kay, is eight years old. But after being a brood of six for that long, the Gaines family is about to get a new member!

Chip and Joanna shared the happy news in January when Chip posted this photo to Instagram. We later learned that they’re expecting a boy!

As Joanna told People in a recent interview, baby #5 was a complete surprise for her and Chip:

“When I saw the results of the test, my jaw dropped. Chip was in the driveway about to leave when I called him back and said, ‘We’re pregnant!’ He was so excited. We’re both just so excited.”

Even though Chip and Joanna never intended to grow their family at this time, the impending arrival of baby #5 has them thinking about future additions. As you would expect, their fans are also curious to know if the Gaines family will continue to expand after the new baby arrives.

Chip and Joanna answered that burning question in a different interview with People:

“I joke with my friends that I’m going to be that 45-year-old who’s pregnant,” said Joanna, who just turned 40 in April. “Chip is such a kid at heart and we both love a big family. I’m open to whatever. I’m just having fun with it.”

Only time will tell if Baby Gaines #5 will be the true baby of the family, or if he’ll get a younger brother or sister one day!

One thing’s for certain, he’s sure to have a fun time exploring the world with his older siblings. Learn more about them by watching the video below.