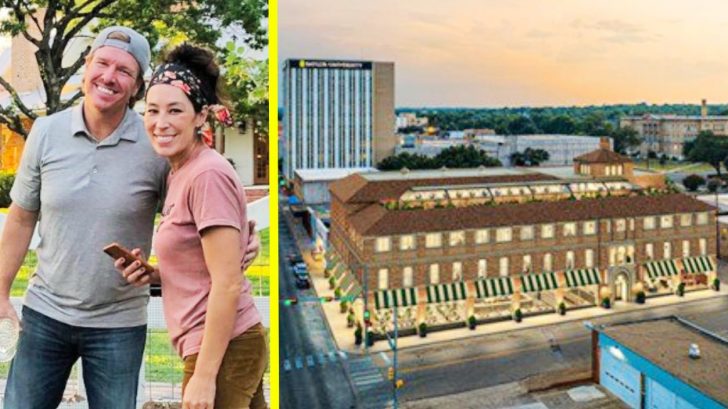 Chip and Joanna Gaines built an empire based on the popularity of their former HGTV show Fixer Upper. But even though the show ended in 2018, the couple has kept busy with a number of other projects.

The parents of five have a restaurant, a market, a line of home decor products, books, a magazine, and an upcoming TV network. On top of that, they opened a new coffee shop in October.

On October 2, 2019, Joanna shared some photos of her and Chip placing their handprints in the in the pavement outside of the shop.

Doing the traditional "stick your hand in the concrete" at our new coffee shop opening later this month! Oh and either I have man hands or Chip's hands are.. well, never mind. #magnoliapress

The day after Joanna shared those photos, she and Chip unveiled their next big project, and it has the potential to be their biggest fixer upper ever!

TODAY shared a press release issued by Chip and Joanna, which states their plans to open a brand-new hotel in their hometown of Waco, Texas. A 53,000 square-foot former county office building located a few blocks from the couple’s Magnolia Market will be converted into the new structure.

“Home is a feeling, created by and for the people you love and share your life with; it’s a state of being known and loved just as you are,” read Chip and Joanna’s press release. “That is our dream for this hotel — that it would serve as an extension of the way we feel about our own home and all it represents to us, and that every guest who comes to stay would experience that same sense of belonging and community.”

The new hotel will feature three stories, a grand ballroom, a rooftop terrace, and a café. And those who visit the hotel can be assured that it will reflect Chip and Joanna’s signature style.

The hotel doesn’t have a name at this time, but there is an opening date. Or at least, an opening year.

Chip and Joanna’s new Waco hotel is set to open in 2021. Hopefully that opening date will be in early 2021, because we can’t wait to see what they do with the place!

In addition to renovating the office building into a hotel, Chip and Joanna purchased a 129-year-old castle earlier this year. They haven’t revealed what they plan to do with the structure, but you can still admire it in the clip below.