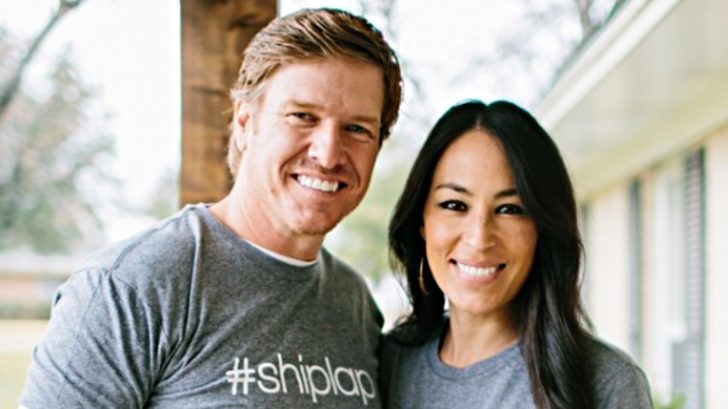 Fixer Upper: Welcome Home star, Chip Gaines, previously coined a clean, boyish hairstyle as his signature look, but now, Chip is sporting a new hair-do and fans are not sure how to feel about the change.

Chip’s wife, Joanna, shared a sweet photo of the pair with their mothers on Instagram. While the post was meant to celebrate Mother’s Day, the image also brought awareness to Chip’s new look.

“We are forever grateful for their unending love, support, and grace. What a joy it was celebrating these two beautiful women today,” Joanna wrote.

In the picture, Chip’s hair falls heavily on his shoulders. While the free spirit has skipped a few haircuts in the past, the former HGTV star is sporting his longest hair yet. Previously, medium-length hair trended in men’s fashion, particularly the “man bun,” but fans are divided by Chip’s new look. In Joanna’s photo comments, many fans voiced their opinion over her husband’s current hairstyle.

“Chip… whatever you’re going through SNAP OUT OF IT,” Robin Shea pleaded in the comment section. “You’re too handsome to self sabotage with that 70’s surfer boy look. Bring back the clean cut Chip.”

While most fans urged Chip to cut his hair, others believed that the couple has been too busy to visit the salon. The couple is in the middle of preparing for their Magnolia Network launch, and Chip also just released his new book, No Pain No Gaines.

For more on Chip and Joanna, check out the video below.