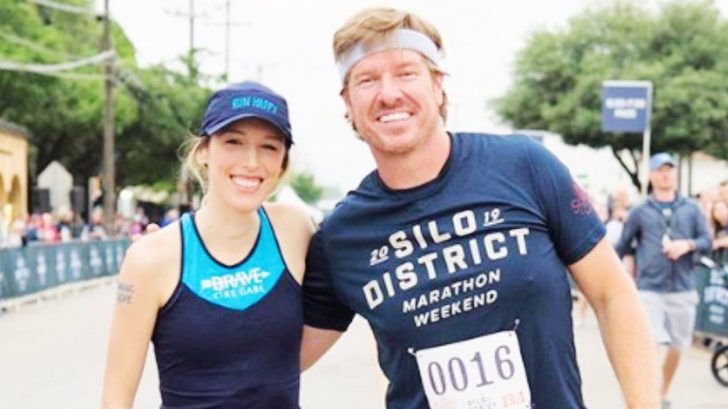 After rising to unprecedented popularity through their HGTV show Fixer Upper, Chip and Joanna Gaines have used their influence to help make a difference. The two often draw awareness to charitable events and causes, with Chip most recently leading a campaign to raise funds for St. Jude Children’s Research Hospital.

St. Jude is an organization that many celebrities support, including country singers. Within recent weeks, Darius Rucker helped raise a large amount of money for the hospital, bringing his lifetime total donations to over $2 million.

Chip is another one of the hospital’s big donors, with his recent “Chip In Challenge” raising $1.49 million for St. Jude in just a matter of days.

Another $512,000 was donated to the Brave Like Gabe foundation, which supports rare cancer research.

THANK YOU ALL—you blew this thing out of the water. Because of YOU, we have raised $1.49 million for @stjude and $512,000 for the @bravelikegabe Foundation. Over TWO MILLION DOLLARS raised for the fight against cancer! This campaign is proof that when we all work together for something bigger than ourselves, anything is possible. ⠀ ⠀ And to my friend @dudedadvlog, thank you for the original challenge and motivation to do something BIG. ⠀ ⠀ And of course, also to @lauren_daigle, @drewbarrymore, @arod, @jlo, @kevinlove, @spaceykacey, @jessiejamesdecker, and @floridageorgialine—thank YOU for spreading the word and helping crush our original $230,000 goal!! #ChipInChallenge⠀ ⠀ I’d do it all again for the brave kids @stjude—we will see you soon. And to my dear friend @gigrunewald, til we meet again. #notTodayCancer

The latter foundation is one that Chip shares a personal connection to. His dear friend Gabriele Grunewald established Brave Like Gabe after battling a rare form of cancer for years.

Gabriele, a devoted athlete/runner, participated in the Silo District Marathon with Chip in the past. Because of her love of fitness, she also established Brave Like Gabe with a purpose to empower “cancer survivors through physical activity,” as the foundation’s Instagram bio reads.

More than 10 years ago, my friend @gigrunewald was diagnosed with an extremely rare form of cancer. I understand that Gabe is not a patient at @StJude, but right now, she is fighting for her life. Cancer is ugly and it is mean and it doesn’t fight fair. This has gotten extremely personal.. so here’s what I’m going to do about it: I want us to hit that $500K mark by midnight tonight. So I will be personally matching all #ChipInChallenge donations made between now and midnight. ON TOP OF THAT, I'll also be matching that amount in the form of a donation to the #BraveLikeGabe Foundation, in Gabe's honor. That is 3x the power of your generosity in the fight against cancer.. and all YOU need to do is donate whatever you can to the #ChipInChallenge (link in bio) between now and midnight CT. I’ll take care of the rest. Together, we’re going to fight for those who are fighting for just one more day. This is for those precious kids at St. Jude.. we are pulling for you! And to my beautiful friend Gabe.. we love you and we are here for you every step of the way.

Sadly, Gabriele’s health recently took a turn for the worse. In her last post to Instagram on May 4, she informed her followers she was in the hospital with an infection and needed to have a procedure done.

Then, when Chip posted about his mission to raise money for St. Jude and Brave Like Gabe, he informed his followers that Gabriele was “fighting for her life” at the moment.

Just a few short days later, on Monday (June 17), a heartbroken Chip posted a peaceful image of the sun beaming down on the clouds and shared the devastating news that Gabriele had passed away.

“To @gigrunewald. RIP my friend,” he wrote.

According to The New York Times, Gabriele passed away on June 11. She was only 32 years old.

Even though Gabriele is gone, her legacy lives on through her foundation and through the life she lived. She inspired so many people, with Chip being just one of thousands who looked up to her.

Our hearts go out to all of Gabriele’s friends, family members, and followers, and especially her husband Justin during this sad time. May she rest in peace.