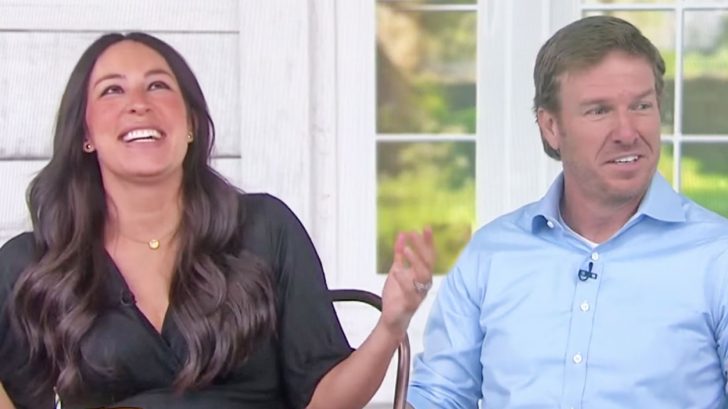 Although their hit HGTV show Fixer Upper has come to an end, we haven’t seen the last of Chip and Joanna Gaines, and thank goodness! They have lots of things cooking for the future – including a new television network! But, at the time of this interview, Joanna sure was cooking a whole lot – she was cooking a new baby in her belly and had a cookbook coming out!

The fan-favorite married couple appeared on the Today Show in April of 2018 to promote Joanna’s cookbook titled Magnolia Table, which you can purchase here, and to talk all things baby number five.

I finally get to share my new cookbook, Magnolia Table with you all! It will officially be out April 24th, 2018 just in…

Sitting around a large dinner table full of homemade items from Magnolia Table, the hosts gushed over how great the food looked, and tasted, and asked how they are preparing for their fifth child, a son, who will join two big brothers and two big sisters ages 8-13. The four Gaines children were so excited for a baby brother, and Mom and Dad are happy they have some “little helpers” to give them a hand.

And they have proven to be huge helpers with Crew, who was born in June 2018.

Then, things took an unexpected turn.

Chip took over the conversation to tell the hosts something they didn’t see coming, and from Joanna’s reaction, she didn’t either!

As you can imagine, Joanna turned bright red and attempted to laugh it off, while Savannah Guthrie helped her out by changing the subject back to the cookbook! We know Chip is quite the jokester, but this even caught his wife off-guard!

Before the segment, Chip had some fun fan-girling over Joanna with fans of Today. Luckily, he posted the video to Instagram.

Jo’s cookbook is officially out! Let me tell you, she’s poured her heart into this book, and I couldn’t be more proud. I think your belly is gonna love it as much as mine does. #fangirling #MagnoliaTableCookbook

Watch the full interview below. Chip’s unexpected comment happens around the 1:45 mark.