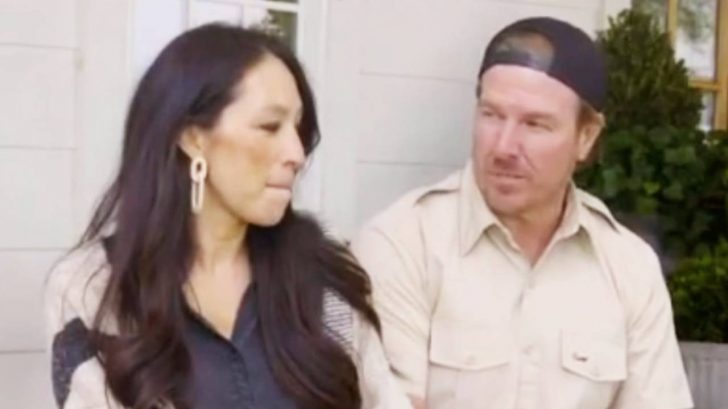 We all know that Chip Gaines loves a good joke. In fact, just last year, he did a five-minute video with his four children, Drake, Ella, Emmy, and Duke, just telling “Dad Jokes.”

This year for Father’s Day, his wife, Joanna, paid tribute to him on social media with a series of photos of their kids braiding his hair.

“You’re the best kind of dad. The kind that lets his daughters french braid his hair right before you take them shopping (even if the College World Series is on),” she wrote. “We sure love you.”

Later that day, she shared another sweet photo of Chip and their youngest, Crew, taking a nap on the couch, but apparently Chip didn’t appreciate the photos she chose!

He took the opportunity to comment on the napping photo and said, “Ok…. I’m going to have our attorney draw up a cease-and-desist re: your insta. Or at the very least a 1st look option period.”

He continued saying that the angles she chose were “extremely unflattering,” and told everyone to look at his legs in the first post. Chip said that if these photos weren’t at an unflattering angle, then “I’ve gotten really unattractive the last several months. ?”

Obviously, he is joking and won’t serve his wife with a cease and desist letter over social media posts! We got a good chuckle from it!

See the napping photo below.