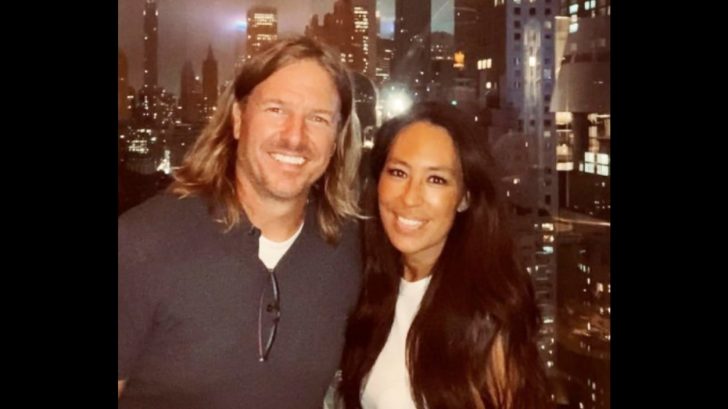 You’ve likely noticed that Chip Gaines is looking a little different these days. The Fixer Upper star has been growing out his hair for some time now, and it is pretty long!

While Chip seems to enjoy his new look, not all of his followers do. He has received lots of comments begging him to cut his hair.

Chip spoke about some of his fans’ disdain for his long hair during an interview with TODAY. “Nobody can agree on anything,” he said. “You’re either in this camp or you’re in this camp. Well, Twitter is very similar in that regard with my hair. It’s either you love this or you [hate it].”

As for what his wife Joanna thinks of his luscious locks, she said, “It’s grown on me.”

But for those of you who don’t like Chip’s long hair, here’s some good news. He’s not keeping it that way forever.

Chip explained why he decided to grow his hair long in the first place…he plans to cut it off to donate.

Fans of the Gaines’ will recall that Chip previously shaved his head in 2017 for St. Jude Children’s Research Hospital in Memphis, Tennessee.

After he wasn’t able to go get a haircut for most of 2020, Chip decided he was going to go all-in and grow his hair long with the intention of donating it when he was through:

“I like to continue to bring in bucket lister-type situations into my life and I was like, hey, when I die I’m going to say, ‘You remember that season that I had that long hair?’ And when I’m bald as a bat here in a couple of months after we shave it — literally, razor-blade bald — then I’ll say I’ve never been bald before either,” he said.

Watch another part of Chip and Jo’s interview with TODAY below.

What about y’all? Are you a fan of Chip’s long hair? Or are you ready for him to chop it all off?