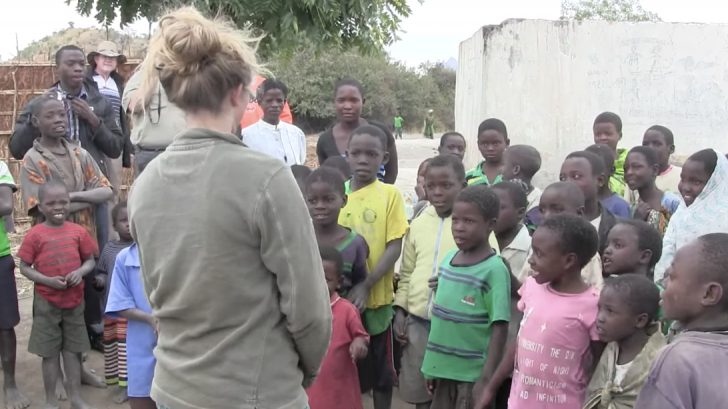 There’s nothing quite as beautiful as the unbridled laugh of a child, and we have a video to prove it.

In 2014, Nashville singer and fiddle player Paige Park traveled to Malawi, Africa, where she had a chance to share her talent with the children there. While her love for the children of Malawi is a story in itself, the gift Park gave the children was something they’d never experienced before. She introduced them to the sound of a fiddle.

In a video published to her Instagram page, Park is seen standing in front of a group of children from an African village. She teases them by playing a note and then stopping, piquing their curiosity. She eventually begins to play Orange Blossom Special and the children can’t control their laughter and desire to dance.

Paige started learning to play the fiddle at age 6 and has since earned a list of honors and has even played at the Grand Ole Opry. But, her desire to touch people’s lives far outweighs any honor she may receive.

“Music brings people together. Different cultures. Different religions,” Park said. “It’s cool because you don’t have to translate. You just play and they understand it in a way that unites everyone.”

Watch the touching video of Paige Park introducing African children to the sounds of a fiddle below.