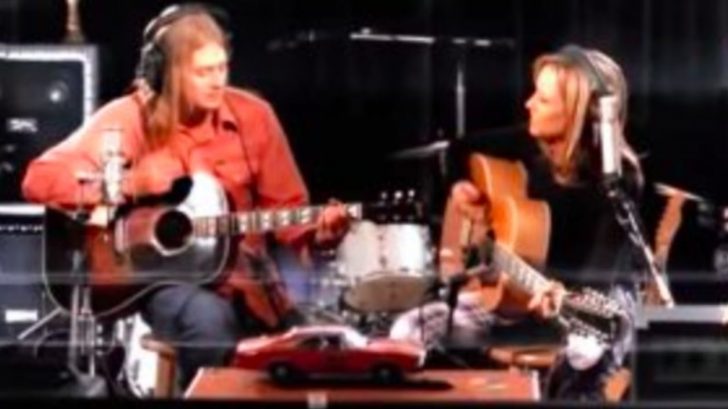 Doesn’t everyone know this song?

“Picture” is one of those duets you can’t help but sing along with. We’re not sure if Sheryl Crow and Kid Rock knew it at the time, but this is one of the best country-rock duets of the 2000s.

The duo originally recorded the song together in 2002. However, Crow’s label never gave Rock permission to release her recorded version of the song in 2003.

As a result, Rock had singer Allison Moorer record Crow’s parts of the song and featured her as his duet partner on the official single.

Making It To The Music Video

Even after battles to release her recording, Crow was featured in the official music video, and her vocals are likely the ones you hear on the radio.

The song almost reached the top spot, but landed at number four on the Billboard Hot 100, becoming Rock’s third single to make it into the top ten.

The music video features Crow and Rock recording in the studio and gives a glimpse into their characters’ relationship.

Watch the official music video for “Picture” below.