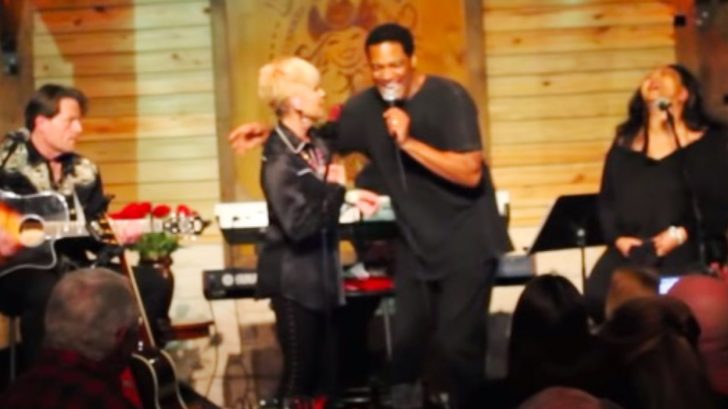 It’s one of the greatest and most well-known country songs of all time. “Kiss an Angel Good Mornin'” was recorded and released by Charley Pride in 1971. The song was a number one hit, and is one of Pride’s signatures.

In addition to being a country music icon, Pride was also a father. One of his sons, Dion Pride, followed in his musical footsteps. He worked closely with his father over the years, and played lead guitar and keyboard in his band.

Dion also opened some of his father’s shows and even co-wrote a song on one of his albums.

Dion started to perform some of his original material while he was touring with his dad, and the crowds loved it. After seeing their enthusiastic responses, Dion decided to head out and try performing on his own.

He’s since toured all over the world and has performed for troops on multiple USO tours.

During one show in his home state of Texas, Dion joined fellow country star Lorrie Morgan for a special tribute to his father. The duo sang “Kiss an Angel Good Mornin’,” and the crowd instantly fell in love.

Initially, Dion and Lorrie took turns trading lines back and forth, which gave them the chance to show off their individual talents.

Dion’s voice is distinctly his own, but we can’t help but hear a little hint of his father’s voice in him as he sings.

Once they reached the chorus, Lorrie and Dion started singing together, turning the song into a sweet little duet. The crowd was eating up every second of the performance, and they rewarded the duo with a much-deserved round of applause at the end.

It’s clear that Charley passed his talent on to his son. Watch Dion sing his father’s signature song in the clip below.

Dion must have made Charley so proud.