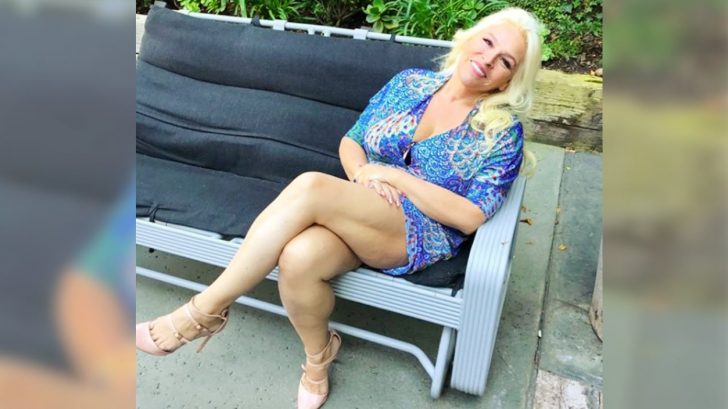 On June 26, 2019, Beth Chapman passed away following a lengthy cancer battle. She was 51 years old.

Fans, friends, and family members went above and beyond to honor the Dog’s Most Wanted star on the one-year anniversary of her death this year. One of her daughters, Cecily, held a paddle out in Hawaii in remembrance of her.

Cecily also took a sunrise hike in Hawaii that morning. She shared two posts on Instagram from her day of remembrance.

The first photos Cecily shared were from her sunrise hike. She brought along a framed picture of her parents, Beth and Duane “Dog,” and a bouquet of flowers. “1 Year sunrise Hike,” Cecily captioned the slideshow along with the hashtag people were encouraged to use in memory of Beth, “#ForTheLoveofBeth.”

The next day, Cecily posted a picture of herself in the ocean during the paddle out she held in her mother’s memory. She thanked all who attended:

“Thank you to everyone that participated in all of yesterday’s events I had a great day filled with love for my mom,” she said. “I wasn’t sad, I was happy to see how many people truly love you…“

Cecily then went on to share her love for her late mother:

Thank you to everyone that participated in all of yesterday's events I had a great day filled with love for my mom. I wasn't sad, I was happy to see how many people truly love you @mrsdog4real and the people that showed up were the people that mattered most. I'll always be your number one fan mom I love you and miss you like crazy #ForTheLoveofBeth

Cecily’s stepsister, Lyssa, also took time out of her day to honor Beth.

She shared two posts in Beth’s memory. The first thing she posted was a memorial video along with the simple caption “One year” along with a red heart emoji.

Lyssa’s second post was a slideshow. It appears that she and her youngest daughter went to the paddle out in Hawaii as well. The pictures Lyssa shared showcased the bright blue sky that appeared on the one-year anniversary of Beth’s death.

Once again, Lyssa kept her caption simple. She used no words, opting instead to include an angel smiley face emoji before tagging Beth’s official Instagram.

Cecily’s sister and Lyssa’s stepsister, Bonnie, also joined in to honor her mother with a post on social media. Like the other Chapman girls, Bonnie didn’t share many words, but the few words she did write spoke volumes.

Bonnie posted a picture of her mother smiling at the camera while sitting on a bench. She captioned the photo, “365 days without you.”

It’s clear from Cecily, Lyssa, and Bonnie’s posts that Beth is so dearly missed. May she rest in peace.