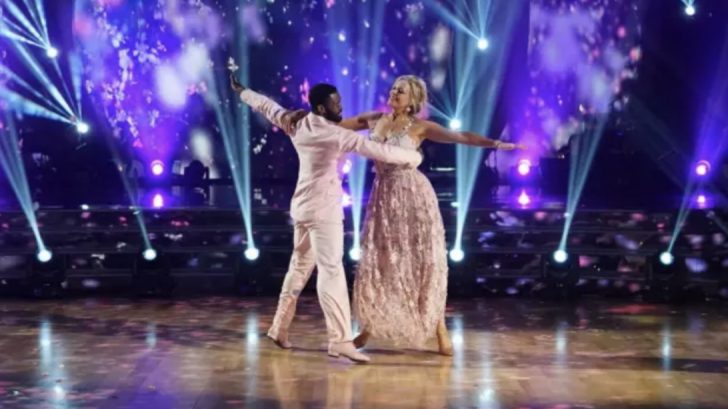 Dancing With the Stars is one of the most successful reality competition shows on television and has given celebrities from every field of entertainment a chance test their dancing chops. Numerous country music artists have taken their turn on the dance floor, including Billy Ray Cyrus, Wynonna Judd, Sara Evans, Chuck Wicks, Jana Kramer and Kellie Pickler who won the coveted mirror ball trophy during the show’s 16th season.

But, the current season of Dancing With the Stars is made up solely of athletes partnered with professional dancers. While we haven’t had a country artist to cheer for, we have been treated to a few dances choreographed to country tunes.

During Monday night’s episode, Finch-Daigle and Motsepe once again performed a choreographed routine set to a country song and fans were treated to a stunning Vietnamese Waltz set Tim McGraw and Faith Hill’s recent ballad, “The Rest Of Our Life.” The song was an emotional one for Jennie who dedicated it to her husband, Casey, a former major league baseball pitcher.

“I love this song. It fits. And when I hear it I immediately think of my husband. When we said ‘I do’ it’s for the rest of our lives. We’re in this together,” Finch-Daigle said. “Casey has such a good heart. It’s golden. He’s such a good dad. I’m so thankful for him and the enormous blessing he is. He’s our rock, our everything. When I don’t think I can love him anymore, I just do.”

The love Jennie Finch-Daigle has for her husband was evident as she danced, emotion shining through every move. Unfortunately, her performance wasn’t enough to see her through to next week’s finals, but it’s certainly one we think is worth watching again and again with the one we love.

See Jennie Finch-Daigle and Keo Motsepe dance to “The Rest Of Our Life” by Tim McGraw and Faith Hill in the video below.