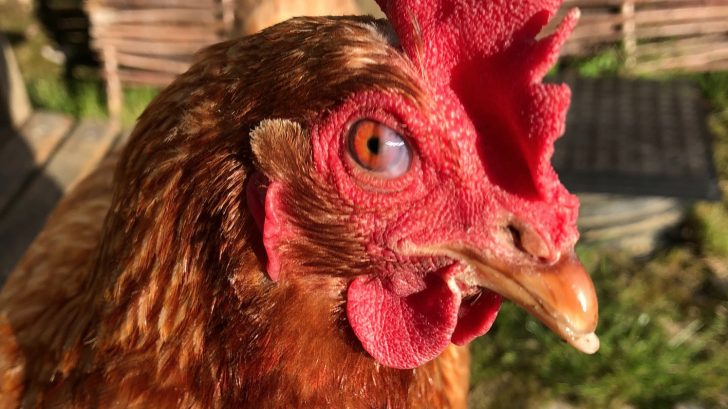 First, the CDC came after Americans and scolded them for washing their chicken before they cooked it…then, they issued another warning about the spread of salmonella from chickens people are keeping in their backyard.

Now, there is yet another warning…

When the CDC warned us about washing chicken before cooking it – their goal was to educate the masses about how salmonella and other bacteria can spread by the water splashing off the raw chicken. Salmonella is a big deal, so this was a good warning – however, plenty of people refused to heed it.

Some people aren't listening to the CDC's warning…will you?

Then, in September 2019, the CDC warned folks that handling their live chickens kept in the backyard can also spread salmonella. They advised washing your hands afterward and being very smart about how and when you handle them so that you don’t spread the disease unknowingly.

Then, a warning came from a scientific journal about aggressive roosters causing grievous bodily injury – or even death. One woman was killed after a backyard rooster pecked her legs so much that she bled to death when he struck a varicose vein.

One rooster killed this woman…and officials are warning of the dangers of keeping roosters around.

With all this crazy chicken news happening – you would think that folks would be approaching their backyard roost of hens with a fair amount of caution.

That seems to not be the case…

Now, the Centers for Disease Control has issued yet another warning for folks with chickens around the house – STOP KISSING THEM.

Last month there were more than 230 cases of salmonella from families who raise poultry in their backyard – which brings the grand total to 1,003 in 49 states.

Poultry owners are advised to wash their hands thoroughly after handling any chicken, chick, or eggs – and “to not kiss backyard poultry or snuggle them and then touch your face or mouth.”