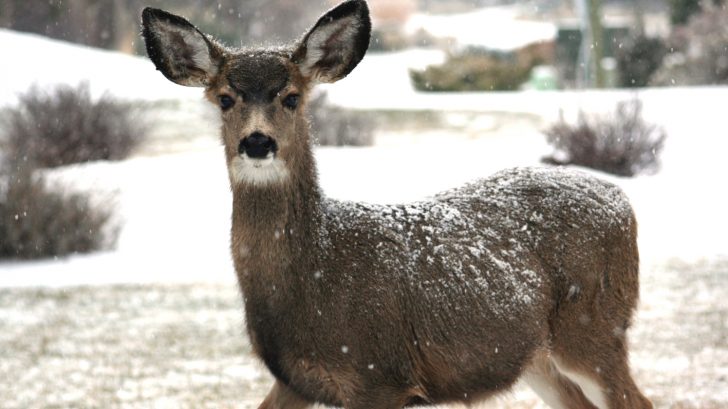 A warning from the CDC comes just days before hunting season begins in many parts of the country advising hunters to be very careful when field-dressing deer due to their ability to spread a specific disease to people – something that was discovered in 2017.

The American agency, The Centers For Disease Control and Prevention, issued a report and warning to hunters across the nation after a thorough examination of a 77-year-old man in Michigan was discovered to have contracted tuberculosis from a deer carcass.

The man, who was found to have no exposure to people or countries with endemic tuberculosis tested positive for the disease. A regular hunter who field-dressed deer for more than two decades, he had a bacteria called mycobacterium bovis – something that is only found in deer, cattle, bison, and elk…

Now, it is being transmitted to humans through contact with infected tissue.

Because of this, the CDC is urging hunters to wear protective equipment (masks, gloves, coveralls) when field-dressing deer.

Wildlife veterinarian Dan Grove spoke with Fox 17 News and said that the disease is most commonly associated with cattle, but does spill over into other species.

The CDC is advising hunters to wear protective equipment while field-dressing deer.

This comes after a 2017 case in which a Michigan man was diagnosed with tuberculosis: https://t.co/55VCWc6LDC

As of the date of publication, Michigan and Minnesota are the only states where tuberculosis has been reported in wildlife.