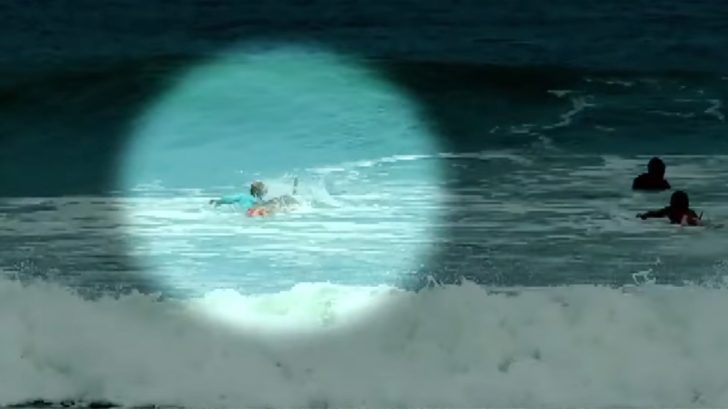 16-year-old Doyle Nielsen was vacationing at New Smyrna Beach in Florida when a beachgoer filmed Doyle getting bit in the arm by a shark while he was surfing.

“It felt like someone on their surfboard had come full speed directly at me and hit me super hard,” Doyle Nielsen told Good Morning America.

The video was filmed by Sam Scribner, a former surfer, and quadriplegic who suffered a spinal cord injury in 2016. Nowadays Sam spends his time filming other surfers doing his former hobby that he’s still passionate about.

The footage he filmed showed two fairly large sharks swimming within the waves very close to surfers. The waves were forming strong swells in the aftermath of Hurricane Larry and creating the perfect conditions for the sharks to feed.

Sam had his camera pointed directly at Doyle who was laying on his board paddling out to catch a wave when the attack happened. Within a flash, a big shark can be seen slamming into the side of Doyle and knocking him off his board.

“Doyle was right in the middle of my frame and the shark just hit him,” Sam said, according to the New York Post.

The shark thrashed around before swimming off and Doyle said he had no idea what was going on until another beachgoer shouted at him, “There’s a shark, get out of there.”

Fortunately, the shark only gave him a small gash on his arm, however, it was bleeding and he paddled out of the water to go receive medical attention from the lifeguards on duty.

He was later taken to the hospital where he received further medical treatment for his injuries. He says he plans to get back out on the water after he is fully recovered. Hear his interview with Good Morning America below.

Interview With Bitten Surfer Below