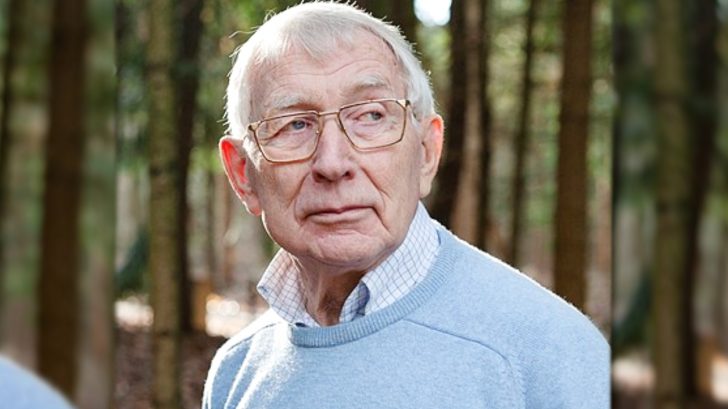 Lou Ottens, the Dutch engineer who is credited with inventing the first audio cassette, has passed away at 94.

Ottens was the head of product development for Philips in 1960. During his time in the role, Ottens led his team to develop a portable tape recorder. Three years later, Ottens debuted the first cassette tape at an electronics fair in Berlin, Germany. The marketing for the invention was “Smaller than a pack of cigarettes!”

Lou Ottens, inventor of the cassette tape, has left the planet. Let’s take this moment to respect all the joy his work brought into our lives, and also to enjoy the many poses he struck with his invention. pic.twitter.com/aIH7S8phSZ

Ottens’ invention was much more practical than the reel-to-reel system that was previously utilized. The cassette design also paved the way for in-dash car models and boomboxes, which made music more accessible to the masses.

“I got annoyed with the clunky, user-unfriendly reel-to-reel system,” Ottens explained in an interview with Dutch News. “It’s that simple.”

Once a deal was struck with Sony, Ottens’ design became the standard for cassettes. Over 100 million have been sold since “Compact Cassette” was trademarked.

I made so many mix tapes as a kid. Lou Ottens, the #cassette inventor passed away on Mar. 6 at 94. He “used a wooden block that was small and thin enough to fit in his pocket as the target for what the future of tape recording and playback should be.”https://t.co/pTiPEP4Pmc pic.twitter.com/KF3DkymkjF

For more on Lou Ottens’ invention and legacy, check out the video below.