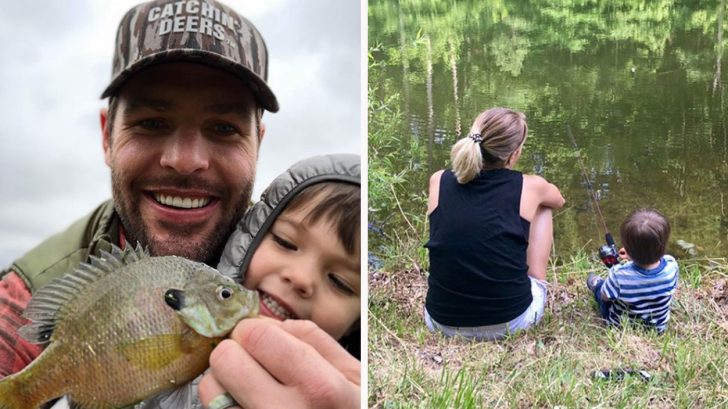 Hundreds upon hundreds of country music fans flocked to Music City for the annual CMA Fest. Every year, the Country Music Association puts on a four-day music festival featuring performances from just about every country singer in the business.

? THE WAIT IS OVER! All of these artists are performing at #CMAfest this year in support of the @CMAFoundation & music education, plus many more still to come! ?#itstartswithME Click the link in our bio to visit CMAfest.com & to buy 4-day passes.

This year there were eleven different locations in association with CMA Fest, including Nissan Stadium where the Tennessee Titans play, but just about every bar in Nashville will have performances at all hours of the day!

Along with CMA Fest, the CMT Music Awards also took place the same week at Bridgestone Arena. Since lots of tourists traveled to Nashville, some locals took it upon themselves to serve as the welcoming committee.

One of those locals was Isaiah Fisher, Carrie Underwood and Mike Fisher‘s 3-year-old son. In a video posted to his mom’s Instagram page, Isaiah stood on the bridge waiting for passersby on scooters.

In the first video, he is waving to a gentleman and you can hear him sweetly say, “Nashville!” The man giggles and says “Thank you,” but we really get the gist of what Isaiah was trying to do in the next video.

A woman on a scooter approached him and said, “Hi little kid!” and Isaiah responded sweetly by saying, “Welcome to Nashville!” and gave her a high five. How sweet is that?!

We can only assume he was being supervised by someone other than his famous parents, or else the people in the video would probably pay more attention to them than little Isaiah!

Watch the sweet videos below – and get ready for your heart to melt!