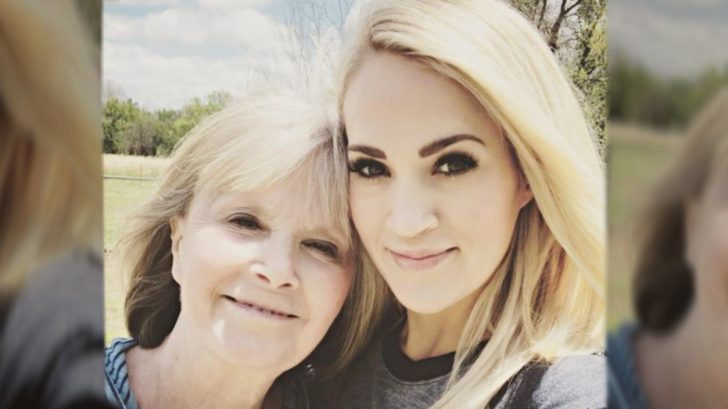 Carrie Underwood’s mother, Carole, opened up about watching her daughter rise to stardom in an episode of Through Mom’s Eyes with TODAY’s Sheinelle Jones.

Carole admitted that while she always knew that Carrie was talented, she did not realize that her daughter would grow up to become one of country music’s biggest names. Still, Carole always encouraged Carrie to use her “gift from God.”

“I would call and say, ‘Can Carrie sing? Will you let Carrie sing on this one?'” Carole remembered. “And, you know, she hated it, because her friends were going to be out there, and she didn’t like to sing in front of her friends. And sometimes it was like — she might be crying before she would get up there to sing. But she did…She always did. She just truly had a gift from God.”

Carole would make Carrie costumes for talent shows, but she never imagined that music would turn into Carrie’s career. Carole supported her daughter as Carrie pursued a degree in mass communications. When her daughter received a gold ticket on American Idol, Carole hoped that the exposure would help her daughter get a job as a news anchor. She shared:

“We never even considered that she could win it at all, but at least maybe she could have some face and name recognition, and she would get to be an anchor or something on one of our local TV shows in Tulsa.”

Since winning American Idol, Carrie has taken home more than 100 major awards, including seven Grammy Awards. Still, Carole does not believe that being a celebrity has changed Carrie.

“You don’t realize that celebrities truly are just people,” Carole stated. “They wash their clothes. They fold their clothes. You know? I just don’t want her to change how she is, and I think she doesn’t.”

For more on Carrie Underwood’s career, check out the video below.