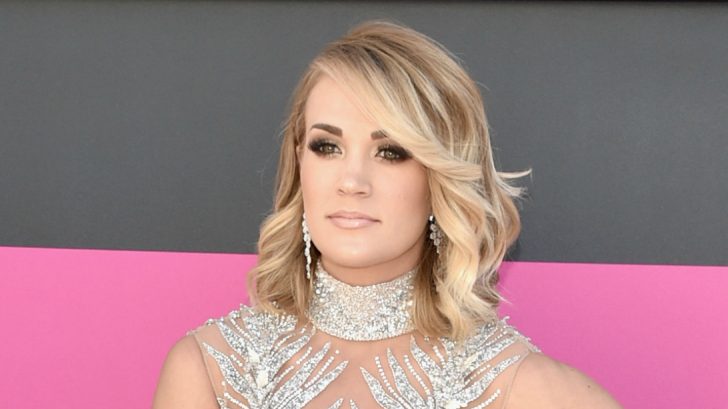 Carrie Underwood is back! In a letter to her fans at the beginning of the year, Underwood revealed some details of the horrific fall that left her with roughly 50 stitches in her face. She also shared that she was going back into the studio to work on new music.

The singer seemed to confirm that new music is in the works when she shared a photo of herself behind a studio soundboard Wednesday morning.

It has been three years since Underwood’s last full-length studio album, Storyteller, and fans have been anxiously awaiting a new album from her.

Wednesday’s photo is also one of the first that Underwood has posted since her fall following the CMA Awards in November. In a lengthy letter to fans on New Years’ Eve, Carrie shared that in addition to breaking her wrist she had injured her face as well.

“I’ll spare you the gruesome details, but when I came out of surgery the night of my fall, the doctor told Mike that he had put between 40-50 stitches in,” Carrie wrote. “I’m still healing and not quite looking the same. I honestly don’t know how things are going to end up but I do know this: I am grateful. I am grateful that it wasn’t much, much worse.”

Carrie also warned fans that she wasn’t ready to get in front of a camera yet and asked them to understand that she “might look a bit different.”

If Carrie’s new photo is any indication, we may be seeing her back in the spotlight sooner rather than later. Could the upcoming Academy of Country Music Awards be her big comeback? Time will tell. In the meantime, we think she looks as beautiful as ever and we’re excited to see what 2018 holds for her!