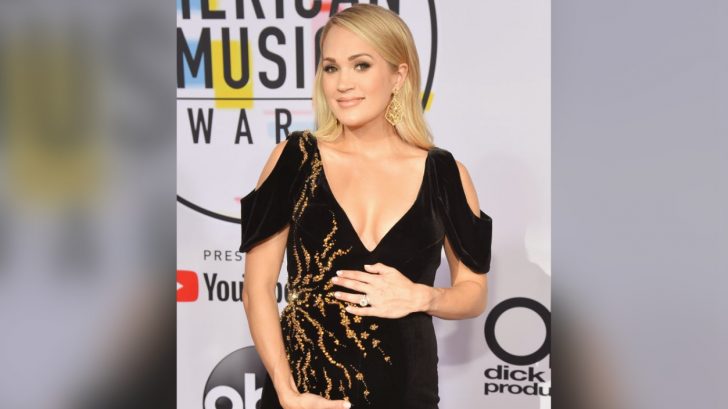 After four years of marriage, Carrie Underwood and her husband Mike Fisher welcomed their first child, a baby boy, on February 27, 2015. They named him Isaiah Michael Fisher, which they didn’t reveal until Carrie announced his birth on social media.

Now, the couple is expecting their second child, and fans are going wild over any little bit of information they can get about the newest Fisher.

Most of the buzz has centered around the baby’s gender, with many believing that Carrie is expecting a girl. This theory took hold after fans noticed Carrie’s preference for the color pink in many of her outfits after first announcing her pregnancy.

Carrie maintained that at the time, she didn’t know whether she was having a boy or a girl. She was just really into the color pink, and also wore it since it matched the color scheme of her latest album, Cry Pretty.

By mid-September, Carrie knew the gender of her child, which she told Ellen DeGeneres during an appearance on her talk show. As hard as Ellen tried to get Carrie to spill the big news, she remained tight-lipped.

“We like to kind of just hold on to things for a minute,” Carrie said. “I feel like everybody just knows everything about everybody, so we just like to have a little secret for a little while.“

However, Ellen seemed certain that Carrie is expecting a girl. And she did keep up the pink clothing thing with that pink jacket!

We’re now well into October, and Carrie still hasn’t revealed the gender of Baby Fisher. Some fans can’t help but wonder if she’s holding off to make the announcement until the CMA Awards in November, and for good reason.

If you think way back to the 2014 CMA Awards, Carrie was hosting the ceremony with her longtime co-host, Brad Paisley. In the middle of their opening bit, Carrie leaned over and told Brad that she was expecting a baby boy.

Brad held on to this information for a bit, but then blurted it out to the crowd and everyone watching. This hysterical moment served as Isaiah’s gender reveal.

Knowing how hilarious that moment was, it only stands to reason that Carrie and Brad may be planning a similar type of announcement for Baby Fisher #2 at this year’s CMA Awards. If she doesn’t share any big news beforehand, be sure to tune in to the show on November 14.

In addition to knowing the baby’s gender, Carrie recently revealed at the CMT Artists of the Year event that she and Mike have also picked out a name for their new bundle of joy. But if you were hoping that she was willing to share that name, we’re sorry to say that she didn’t.

“We have picked out a name, but we’re keeping that to ourselves right now,” Carrie said.

It’s likely that Carrie will keep that name under wraps even longer than she’ll keep the baby’s gender a secret. After all, she didn’t share Isaiah’s name until after he was born.

But who knows, maybe she and Mike will surprise us this time around!

While you anxiously wait for more news about the newest addition to the Fisher family, enjoy watching Carrie’s recent performance at the CMT Artists of the Year ceremony. She was glowing!