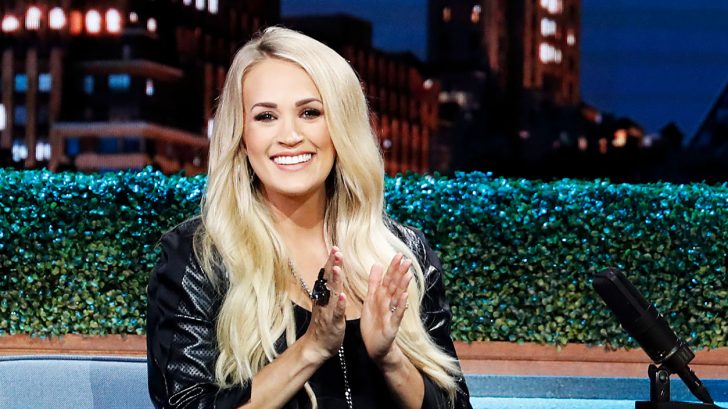 The always-adorable Carrie Underwood took to Instagram last night with a sneak peek for her fans. In a full denim get-up, Underwood’s growing belly stole the show! The “Cry Pretty” star, who is mom to her three-year-old son, Isaiah, recently came out about the troubles she faced during pregnancy. Underwood announced her second pregnancy with husband, Mike Fisher in early August.

Not long after announcing her second pregnancy, Underwood revealed the true struggles that she experienced while trying to have another baby. The singer suffered three miscarriages in just two years. It all started in 2017 where Underwood’s plan for growing her family would come to an abrupt and unwanted halt.

…And my life wouldn’t be what it is without my boys, my family and my friends! Thanks to all who could come today! I don’t deserve all of this! But I am so grateful and my heart is so full! ❤️ ?: @cameronpremo

Of course, there were several debates over whether her age — 35 — had anything to do with her fertility problems. She told Redbook magazine in August that she feared her and her husband “may have missed our chance to have a big family.” It was only a couple days later that God sent her baby number two. In a Twitter video promoting her Cry Pretty Tour 360, she surprised fans with the announcement of her pregnancy.

Since then, Underwood has posted mostly selfies and album promotions on her social media. Last night, we got a full glimpse of the expecting mama’s bump! The country-music star posted a full body glamour shot of her rehearsal for the 2018 AMA’s on Tuesday. Hard to go unnoticed was her growing belly. Even better, was her husband’s response to the post:

It’s safe to say we can’t wait to see this sweet family grow!

Rehearsing for the @AMAs. Tune in LIVE at 8/7c on Tuesday on @ABCnetwork. #SpinningBottles #AMAs ?: Kevin Winter/@GettyEntertainment

Listen to Carrie’s “Spinning Bottles” off her Cry Pretty album that she’ll be performing at the AMA’s this Tuesday.